E-Business Transactions by Nigerians Increased By N36.48trn: Check other Statistics 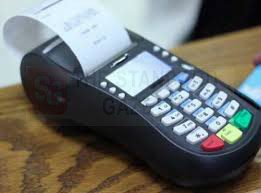 The National Bureau of Statistics (NBS) says electronic payment recorded a total volume of 3.46 billion transactions amounting to N356.47 trillion in the fourth quarter of 2020 (Q4 2020).

©Standard Gazette, 2021. Unauthorized use and/or duplication of this material without express and written permission from this site’s publisher is strictly prohibited. Excerpts and links may be used, provided that full and clear credit is given to Standard Gazette with appropriate and specific direction to the original content.
Share on Social Media
twitterfacebookwhatsapplinkedintelegram
Follow us on Social Media
twitterfacebookinstagramyoutubelinkedinwhatsappgoogle playtelegram
Nigerians

Herdsmen Crisis: This State Just Imported Pregnant Cows From US

Nigeria's Biggest Economic Summit Since Independence to Hold in The UK

How customers can lodge complaints against banks - CBN

Shipbuilding At The Core Of Kenya’s Manufacturing Agenda,…

Banks will stop accepting these banknotes by December 31