EFCC And Charge Of Witch-Hunting Opposition

CORRUPTION has been the bane of the national development of Nigeria which showed so much potential dating back to 1960. Billions of dollars have been lost to the scourge thereby making mendicants out of most of her citizens.

Nigerians heaved a great sigh of relief when the then administration of Chief Olusegun Obasanjo created the Economic and Financial Crimes Commission (EFCC) and it took off in 2004 under the pioneer leadership of Malam Nuhu Ribadu.

Abdulrasheed Bawa was appointed the commission’s youngest chairman at barely age 40 earlier this year. I have listed his groundbreaking achievements in earlier articles published in many national newspapers and so there is no need here to take coal to Newcastle.

It was with dismay that I read a report credited to the National Publicity Secretary of the opposition Peoples Democratic Party (PDP), Kola Ologbondiyan that the EFCC is being used by the ruling All Progressives Congress (APC) to witch hunt the opposition and coerce them into joining its fold. 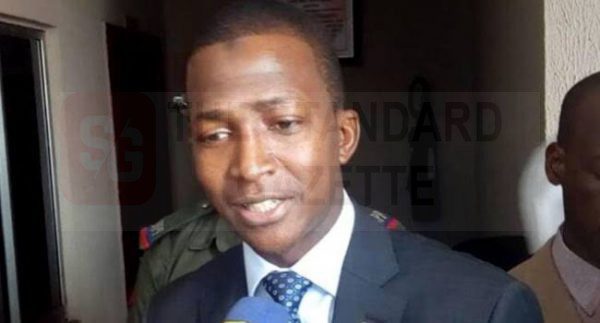 The statement reads in part: "Our party, however, states that no amount of intimidation, harassment and use of anti-graft agencies to clampdown on its leaders on trumped-up corruption charges can cow or make the PDP surrender or abdicate the mandate already given to it by Nigerians to lead in the effort to rescue our nation come 2023.

"The APC knows that it has been rejected by Nigerians having failed woefully and that there is no way it can win elections under any condition. As such, it seeks to use the state apparatus of power to decimate and muzzle opposition and dissenting voices and foist an anti-democratic situation on Nigerians. Part of this heinous plot by the APC is to use the EFCC to bully, harass and hound PDP leaders, who are rallying Nigerians for the task ahead, with a view to coercing them to abdicate the mandate of the people and join the APC.

"This explains why the EFCC and other security agencies have been harassing PDP leaders such as former Senate President Bukola Saraki, former PDP State Governors including the former Governor of Abia State, Senator Theodore Orji, former Governor of Bayelsa State, Seriake Dickson, his Kano State counterpart, Rabiu Musa Kwankwaso and other key PDP leaders, on trumped-up charges, while their counterparts in the APC with similar allegations as well as others who defected to the APC are moving around freely.

If the APC had done well; if it had not devastated Nigerians and brought so much pain to the people; if the APC had managed our national resources well instead of engaging in unbridle treasury looting, stealing over 15 trillion nairas and turning our nation into the poverty capital of the world; if APC had not compromised our national security and threw our nation open to bandits, insurgents an terrorists, would it not be celebrating by now instead of this plot to force its people to submission?

"In all the APC should know that the evil enterprise cannot bend our leaders or sway Nigerians to jettison their determination to oust the APC from office at all levels across the country come 2023. Nigerians already know that they are saddled with a “failed president” and his “failed APC” for the remaining of his second and final term which will end in 2023. However, the PDP calls on the EFCC Chairman to quickly insulate the commission from APC’s manipulative enterprise, which ruined the former leader of the commission, especially as the clampdown cannot save the APC in 2023".

This statement full of bile and falsehood is unfortunate and speaks of the personality of Ologboiyan who tragically started his career as a journalist with the Thisday Newspapers, one of the nation’s best national dailies where he rose to become its political editor. He violated a cardinal principle of journalism which the legendary Editor of the Manchester Guardian made into a journalistic creed ‘Comment is free but facts are sacred.’

The EFCC under Bawa’s watch thoroughly investigated Senator Rochas Okorocha, a prominent member of the APC and staunch supporter of President Muhammadu Buhari. It secured a court order which has seized numerous assets allegedly acquired illegally when he governed the state between 2011 and 2019. Okorocha plans to build a tuition-free Islamic University in Daura the hometown of Buhari. Did that stop the Bawa led EFCC from investigating him and ensuring that his assets were confiscated? Does that speak of any form of bias? Did the EFCC neglect its duty because of the ‘philanthropy’ of Okorocha?

The same EFCC investigated former Governor of Abia State and current Chief Whip of the Senate, Orji Uzor Kalu. It ensured that he was briefly detained before a court order set him free. It is a well-known fact that Kalu is close to Buhari but did that prevent the anti-graft agency from performing its investigative duty?

The EFCC Boss disclosed to the Independent Newspaper on June 21 2021 that the National Leader of the APC and former Governor of Lagos State, Asiwaju Bola Ahmed Tinubu is under investigation by the body. He said he wouldn’t be tempted to engage in any form of media trial and Nigerians should allow the anti-graft agency to do its work in the best interest of the nation.

Why did Ologbodiyan ignore the fact that these three APC leaders have been investigated by the EFCC? His statement is nothing short of propaganda which exposes his shallow thinking. Was it wrong for the EFCC to investigate the aforementioned PDP leaders with gargantuan evidence of corruption against them? Should the fight against corruption be viewed based on party lines? Shouldn’t the battle against corruption be fought in national interest devoid of party affiliation?

It is a monumental tragedy that Ologbodiyan who in my view is the most incompetent opposition spokesman should be ascribing partisanship to the EFCC. We urge him to praise the EFCC for its fight against the hydra-headed monster of corruption whether it involves his party members or not. He should stop spewing petty garbage as the fight by the EFCC isn’t selective since some prominent members of the ruling party are also being investigated.

Enough of this asinine and infantile speech by Ologbodiyan!

©Standard Gazette, 2021. Unauthorized use and/or duplication of this material without express and written permission from this site’s publisher is strictly prohibited. Excerpts and links may be used, provided that full and clear credit is given to Standard Gazette with appropriate and specific direction to the original content.
Share on Social Media
twitterfacebookwhatsapplinkedintelegram
Follow us on Social Media
twitterfacebookinstagramyoutubelinkedinwhatsappgoogle playtelegram
APCCorruptionEFCC
Erasmus Ikhide 0 comments

Holding on to office despite grave allegations, Ike Ekweremadu, in view

Why Ajaokuta Steel Company can not function - Kalu Aja

Anger towards the late Queen of England: Who is colonizing Nigeria now?

Jonathan: Time for Buhari to Prove Them Wrong

2023: Adoption of Aspirants by Party Leaders, a Political Evil Peal

INEC Chairman’s Last Chance to Redeem His Legacy in 2023

Cross Dressing Bill Is Dead On Arrival, By Inibehe Effiong

KADUNA-ABUJA RAILWAY BOMBING: A NATION ON ITS KNEELS

Politics, Policies And governance In Nigeria