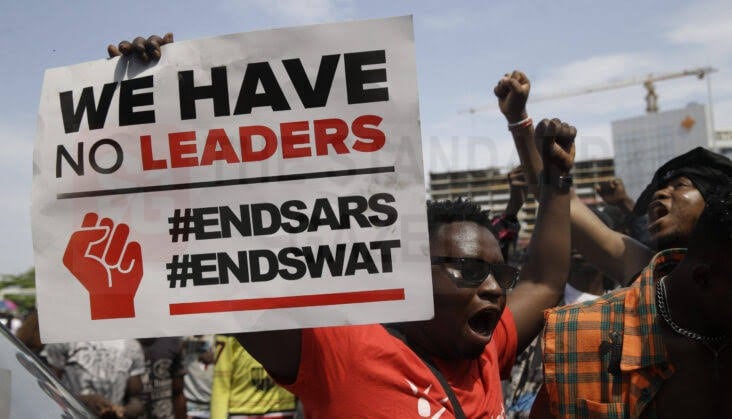 Nigeria is a country of many contradictions. There are obvious inconsistencies in a country where the majority of the federating units proposes to function as a true Federation but are denied the opportunity to do so by a Federal Government that stands in the way of any restructuring.

Among the casualties of this ongoing tussle is the central security architecture that has proven to be completely ineffective.

The current population of Nigeria is over 200 million people, with a policing framework that is managed via a single chain of command based in Abuja, the capital city. There are significant defects with this policing structure, especially because the country is constituted of such immense socio-cultural diversity (over 200 tribal groups, languages and religions) as well as a youthful population with a particularly restless disposition (the population demographics indicate a national median age of just 18.5 years).

On paper, the recruitment and deployment processes for police personnel (and other public service positions), should reflect Nigeria’s “federal character” (the various tribes, languages, religions) and not necessarily the character of the community or region being policed. But in practice, this can be very problematic and especially so under the current regime.

There is also the underfunding of the national police service, which has about 400,000 active personnel. The total national budgetary allocation for the 2020/2021 fiscal year was Naira 450 billion or about US$1billion. However, the salaries of police officers alone took up Naira 402 billion or about US$ 974 million. This means that less than US$ 30 million is left to fund the essential operations of the national police that is expected to look after more than 200 million Nigerians! In contrast, the annual budget for London’s Metropolitan Police is BPS 3.2 billion or US$ 4.4 billion.

The consequence of such severe underfunding of the police in Nigeria is that the police officers then revert to the public as soft targets for their personal and operating revenue source. Attending a police station under any guise becomes an expensive and often traumatic experience for any Nigerian without the benefit of a military or political office to “safeguard” them.

Visitors to the police station must bring their own stationery to provide statements, provide the funds to purchase petrol (fuel) for police vehicles, and bribe police officers with enough money to buy lunch before performing any basic policing duties instance.

Notwithstanding the underfunding of the service, you often have police bosses who will sit on the salaries of police personnel for several months to accrue interest on the bank deposit, which they will ultimately convert to personal use. The Nigerian police service is therefore rife with corruption, from top to bottom. But besides the obvious defects, the Muhammadu Buhari administration also succeeded in installing a security architecture that a particular ethnic and religious group has dominated.

The situation has created distrust and tension between law enforcement authorities and some communities who suddenly find themselves becoming targets of ethnic cleansing and genocide!!!.

As much as the police authorities wanted to carry on with their business as usual, such as the brutality and killings, the Nigerian public felt that they’ve had enough. Such was the mood on that fateful evening on Tuesday, 20 October 2020, when a group of mainly youthful Nigerians assembled at the tolling axis of the Lekki Bridge in Lagos. Most of them waved Nigerian flags and sang the national anthem. Their agenda was to get the Government to disband the infamous unit of the police known as the Special Anti Robbery Squad (SARS), who was particularly notorious for their brutality and flagrant violation of human rights.

Nigeria And The United Arab Emirates: What Is The Diplomatic…

Are Ecstasies, Falling and Screaming in Churches Really The…

However, matters would escalate out of control on this particular evening. Some eyewitness accounts stated that at about 18:45 hours on a fateful evening, a detachment of the Nigerian army arrived at the Tollgate to blockade the peaceful protesters from the rear. Then the lights in the entire plaza were switched off.

The military then began to shoot live ammunition into the assembled group. They wouldn’t stop shooting until over 12 protesters lay dead or dying, and dozens sustained life-changing injuries. Worse still, the military blockade prevented any medical assistance from reaching those in distress who desperately needed some demonstration of humanity from the Nigerian authorities. It was also reported that most of the dead were removed and disposed of elsewhere to reduce the body count.

By the end of that evening, about 60 Nigerian lives would have been lost in the wake of the nationwide protests that lingered across Nigeria for several weeks.

On the first anniversary after the fact, one wonders if any lessons have been learned from the tragic outcome of EndSARS, such that could help avert any recurrence? Sadly, it does not appear to be the case. Many Nigerians are actually of the view that things have now gotten much worse, especially going by the increasingly hostile policy of the current regime. The Southeast region of Nigeria has become like killing fields where residents of the region are killed arbitrarily without the offending police or military personnel facing any repercussions whatsoever.

A similar situation is playing out in the Middle Belt and other parts of the Southern region. Indigenous Christian communities in Northern are getting slaughtered on a daily basis.

Meanwhile, the Federal Government appears ever willing to do whatever possible to placate the armed bandits terrorizing Nigerians across the country. An article published by the Wall Street Journal (WSJ), on Sunday 17 October 2021, under the title “Nigerian Criminal Gangs Steal Munitions and Extort the Government”, provides an account of how the Government of Nigeria paid about US$50,000 in ransom just to retrieve anti-aircraft ammunition that directly threatened the safety of President Muhammadu Buhari whose ancestral abode is nearby.

Another article was also published by WSJ titled “Nigerian Gangs Raised Millions by Kidnapping Children. Now the Government Can’t Stop Them”. The content of the above article is basically self-explanatory. But beyond that is the obvious unwillingness of the Buhari regime to categorize violent elements who kidnap, rape and kill even children as “terrorists”.

Whereas agitators for self-determination from Southern Nigeria or those making demands for restructuring which could enable add-on benefits such as the introduction of grassroots policing, local vigilante units, resource control and some devolution of powers to Nigeria’s federating units, are seen by this Government as the “terrorists or enemies of the state”.

It is essential to recognize that victims of the EndSARS Massacre go beyond our fallen heroes who lost their lives or suffered catastrophic injuries throughout the movement.

The victims extend to all Nigerians who continue to suffer the brazen erosion of their basic human rights through the ongoing crackdown on social media platforms like Twitter, Facebook and WhatsApp. Children who are kidnapped, raped or killed from their classrooms.

Indigenous communities are slaughtered in their homes as Nigeria’s security and military authorities provide assistance or cover to their assailants. It also includes Nigerians whose careers in the burgeoning tech companies are threatened by the rash policies of a misguided regime who are desperate to undermine any progress in science and technology but are quick to defend some of the extremist views of internationally known terror groups. Nigerians must never rest until we extricate ourselves from hostile elements who seek to subjugate and dominate us.

Nigeria And The United Arab Emirates: What Is The Diplomatic Row About – Dr…

Are Ecstasies, Falling and Screaming in Churches Really The Holy Spirit at Work? I…

Fani-Kayode: Footsteps of the Forerunner

Nigeria And The United Arab Emirates: What Is The Diplomatic…

Are Ecstasies, Falling and Screaming in Churches Really The…