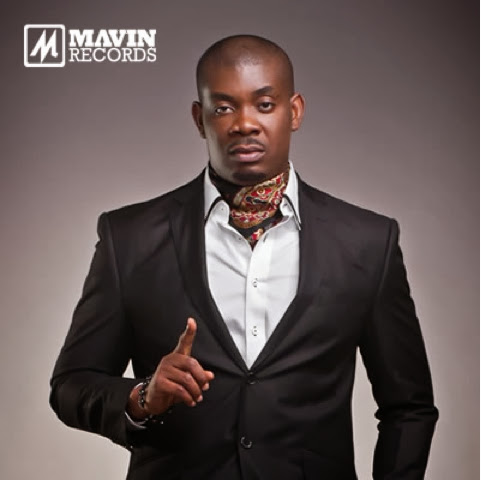 The fight between Don Jazzy and Wande Coal has taken a new turn as Baddest Jimmy has lashed out to Don jazzy through an open letter calling him a proud homosexual and added that he should burn in hell with his walking stick.

He also accused Don Jazzy of trying to manipulate people and using thugs to beat people who do not comply as he tried to turn everyone against D’Banj. Read for yourself.

This Controversial and Outspoken Dj is here with another one, Lashing out at Mavin boss and his Fans #Teamdonjazzy . It will be recalled that this same Dj wrote a similar letter to Dr Sid which was massive and had people talking for weeks. Enjoy

How are you and the left over Mavin squad?? I hope u are not in good health and sound mind. The last time u read my letter to one of your Mavin slaves (Dr Sid), you blocked me on twitter so it meant I spoke the truth – mission accomplished!!!!!

I am sure your die hard fanbase #teamdonjazzy do not know why you did not sign hit maker producer Terry G and Port-Harcourt’s finest, Duncan mighty to Mo-Hits, it was because they both tweeted your intention to sign them before you composed a tweet to announce it yourself and that was even after signing agreement papers with them and their lawyers.

My dear, you are such an egocentric and proud homosexual. Just as you turned #teamdonjazzy against D’Banj, you want to try it with Wande Coal because u have a senseless #teamdonjazzy crazed fan base who will just do as you say and take u as their omnipotent and omniscience ultimate ruler. Well done!!!

Your dumb fans don’t even know you ordered your thugs to beat Mr Princewill Ojukwu in pop night club (Saka Tinubu Victoria Island) on Friday December 21, 2012 and he almost lost his precious eyes and nose while you stood pressing your phone, that is attempted murder, You are a cold blooded killer!!

I am sure D’Banj is just smiling and sipping his hot tea knowing it will get to this. I now understand why Banga Lee sang “if u know what i know, u go like me ooo”- oyato (2013). Don Jazzy made everyone believe D’Banj was the bad egg, #teamdonjazzy too don’t know you were too scared to produce for the American market (Goodmuzik) because you thought you will flop . Everyone is asking how many hitz D’Banj have with Kanye and Co, I am now asking you how many hit tracks you produced for Good Musik because we all know you were signed on too as a producer, I thought you were Africa’s #1 producer.

Everyone now knows that you did not produce Go Low, Shizzi produced the original sample but you took the credit, why did he not rant on twitter like your big headed self? My annoyance is based on the fact that u have Wande’s private phone numbers, E-mail, house address, blackberry pin and full access to him, what will it cost u to contact him privately instead of trying to turn everyone against Wande with your hurtful tweets. I compare you to the devil, u can give any artiste instant fame with sick hit tracks but u want their life in return. May you and your walking stick burn in hell

I am not surprised Dr Sid took after you, Mr and Mrs oppressor, both of you should just get married, I am sure you will be the bride and Dr foolish will be your groom and since we both like attention, tell #teamdonjazzy to curse me on @baddestdjtimmy because I need it, maybe that will raise my already dead djing career. #teamdonjazzy say all I want is attention, YES!! that is what I want and so do you because you love controversies and you look for any slightest opportunity to trend !!

The only reason I wrote this is to let you know irrespective of your blind and hungry #teamdonjazzy fan base, you have someone who hates your guts. I fight against oppression and that’s what nbm stands for

Mind you, the letter you read now is unconfirmed by Naija Center News, that is why it is gossip anyways..

2015: Nigeria is like an eternal marriage, it will not break up – Obasanjo