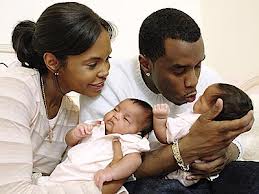 Diddy‘s twin daughters were surrounded by drugs and even covered in a mysterious white powder … this according to a new lawsuit filed against the baby mama.

Nanny Dawn Drago says she worked for Diddy’s ex, Kim Porter, from 2011 to 2012. Drago claims in the lawsuit — obtained by TMZ — Porter chain-smoked pot in the house while the young girls were home.

But Drago claims marijuana was not Kim’s only drug of choice. She alleges she found cocaine as well, and on one occasion she says she was driving the kids to school and noticed they were covered “in a white powdery substance.”

Drago claims the kids had gotten into “a bag containing the powder, along with clear capsules, filled with another powdery substance in a bag in the back seat.”

As for why she was fired … Drago says the marijuana smell was choking and she dared to complain she couldn’t take it.The case — filed by Patrick Reider — seeks unspecified damages.

We contacted Diddy’s people and Kim Porter. So far, no comment.