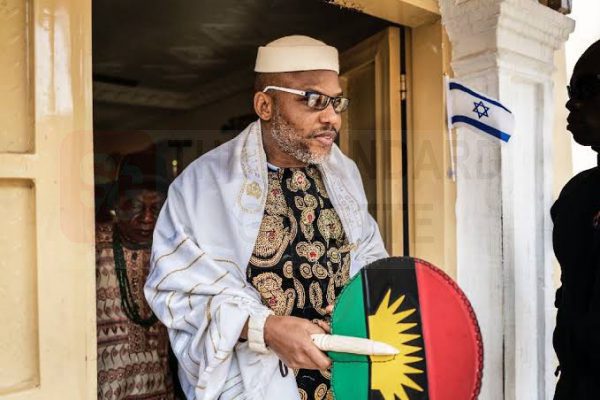 The spokesperson for the Indigenous People of Biafra (IPOB), Emma Powerful, has stated that the group’s leader, Nnamdi Kanu, did not set up the separatist movement to kill innocent people. He said thier leader had never authorized the killing of anybody for charms, noting that killing is abominable act in Igboland.

In a statement released over the weekend, IPOB was reacting to a statement made by a man who claimed to be Eastern Security Network (ESN) commander, that the IPOB leader ordered him to kill security agents and 10 girls to prepare fortification charms.

Powerful alleged that the Department of State Services (DSS) could have coerced people to make such false statements against ESN, IPOB and its leader, Kanu.

He stated that the so-called ‘ESN Commander’ claimed that he joined ESN in 2019, whereas ESN was established on December 12, 2020.

This exposed the fact that they coerced him to be making rubbish statements against ESN, IPOB and Kanu.

“We want to make it clear that the purported ESN commander is not known to us and we discovered that he is a mole planted by government and security agencies in ESN. We know our commanders and they know us. The so-called man must be one of the criminals recruited to infiltrate ESN, but our gallant men were on alert and smarter,” he stated.