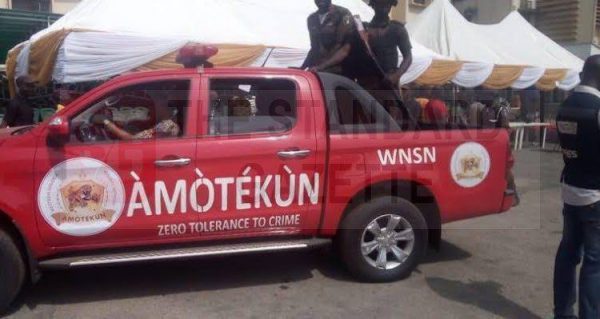 Three individuals suspected to be ritualists on Tuesday, were apprehended by the Amotekun corps for their alleged involvement in the killing of a 73-year old Samuel Olaniyi at Boluwaji area of Ibadan.

The three suspects were paraded at the Amotekun Corps Headquarters at Dandaro, Ibadan. One of the prime suspects, Olalekan Akande aged 27, confessed killing the man with a knife and cutlass,

He also confessed to have been involved in the sales and distribution of human parts. The suspects are still at the Amotekun custody, while relatives of the victim were trooping in as at press time.

©Standard Gazette, 2021. Unauthorized use and/or duplication of this material without express and written permission from this site’s publisher is strictly prohibited. Excerpts and links may be used, provided that full and clear credit is given to Standard Gazette with appropriate and specific direction to the original content.
0 36
Share