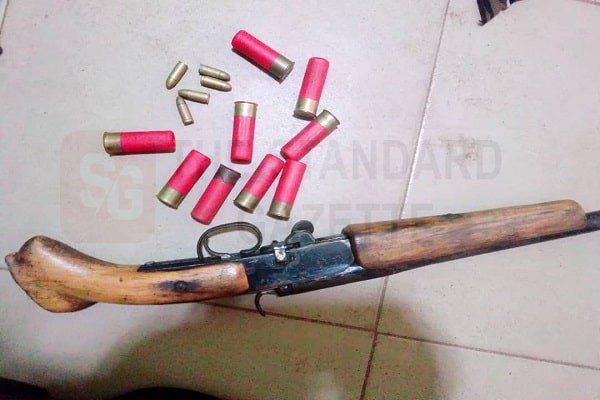 Two notorious armed robbers who attempted to rob a motorist in Benin met their waterloo.

The robbers who moved to snatch a Lexus Jeep and pocket some free money end up dead as their target is an Assistant Superintendent of Police.

The incident happened at about 8.15 pm on Sunday 20 June 2021, along Guobadia Street in Etete, Benin City.

Standard Gazette crime correspondent Festus Alenkhe gathered that the police officer who serves in the Anti Cultism Unit of the Edo State police command had just closed from duty and was on his way home when three armed men intercepted him.

The robbers forced the policeman out of his Lexus Jeep and snatched his car key but unknown to them that he had a service pistol hidden.

Standard Gazette learned the policeman quickly pulled out his pistol and shot his attackers while they were attempting to ransack his pockets.

Two were killed, and one of the suspects fired back and took to his heels.

He said the investigation into the matter is ongoing.

©Standard Gazette, 2021. Unauthorized use and/or duplication of this material without express and written permission from this site’s publisher is strictly prohibited. Excerpts and links may be used, provided that full and clear credit is given to Standard Gazette with appropriate and specific direction to the original content.
armed robbersEdo StatePolicePolicemen
0 3
Share FacebookTwitterGoogle+ReddItWhatsAppPinterestEmailFacebook MessengerLinkedin