Be Prepared! Why Brent Crude Will Hit $90 by December - Kazeem Bello 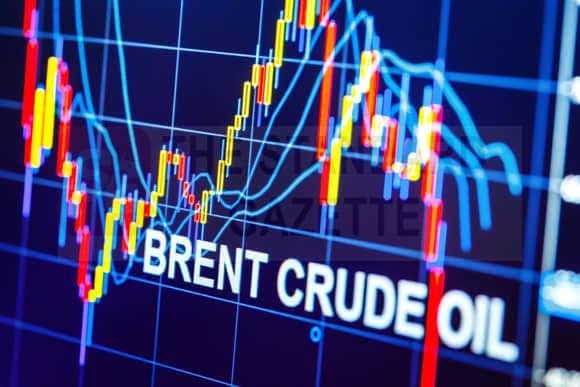 Yesterday, 26th September, Brent Crude price surged to $79, the highest since 2018 and it is expected to hit $90 or above by December. This is why;

According to a policy analyst and economist of International repute, Mr. Kazeem Bello, one of the reasons is that winter this year is expected to be hard and bitter. That, according to him, will drive heating cost up and Oil prices will go North.

Commenting on a Diaspora platform, Nigerian Canadian Business Network, the highly traveled investor is of the opinion that most manufacturing plants that were shut down globally during the height of the pandemic, including shutting down to almost zero global travels have started to bubble again.

"The re-opening streams started in April this year after the global successes achieved with the vaccinations across the globe and Japan successfully hosted both the actual Olympics and Paralympics games without any major Outbreak.

This led to an unprecedented global rise in manufacturing and reopenings which will continue to the second quarter of 2022 when most average will pan out and normalcy returned. This invariably translates to huge energy consumption."

Another reason he postulated for future increase in Brent Crude price, is linked to the Democratic and by extension, the Obama Administration support for shale or Hydraulic franking oil production, which Biden Administration also adopted heavily. Although, that was a major talking point during the 2020 US election campaign.

This initiative, Bello noted "relies on higher oil pricing to remain competitive otherwise oil production activity is generally not viable or unprofitable with a regime of low crude oil pricing."

"This is why the US want to keep a higher Oil and Gas pricing to enable franking producers to increase crude oil supply from the US. Let us not forget that the US target is to overtake Russia and KSA as the number one and two largest Crude oil producers on planet," he stated.

Mr Bello predicted that these and some other global economic outlooks will keep crude oil prices up at least till the second quarter of 2022.

Brace up For Higher Pump Price

He advised that individuals must be prepared because they will have to pay for it at the pump. People will have to consider switching to an all Electric Cars for instance. This according to him is better considering "the overall cost saving analysis especially for those who commute heavily." This he opined is more favorable for household spendings. "Acquiring such alternative energy cars for now is going to be much more economical.

The greater effect will be felt by those in Canada and US, where he categorically stated that pump prices of Gasoline will heat the roof just as it has already started in Europe," he concluded.

Man Detained For Burying a 9yr Old for Money Ritual