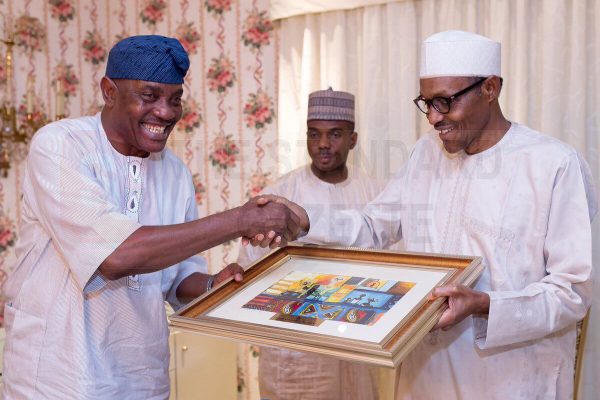 President Muhammadu Buhari has congratulated former Inspector General of Police, Solomon Arase, on his 65th birthday. The President wished the former Police boss the “very best in health and strength as he continues to serve the nation, especially in advocacy.”

Arase served as the 18th Inspector-General of Nigerian Police. He was appointed IGP in 2015 by President Goodluck Jonathan after Suleiman Abba was sacked.

The President, in a press release signed by his Special Adviser on Media and Publicity acknowledged “the reforms that the former Inspector General brought to Police in Nigeria, deploying his wealth of experience of working and training in many parts of the world to visualize and domesticate operations, after heading the topmost intelligence gathering unit of the Nigerian police, Criminal Intelligence and Investigation Bureau.”