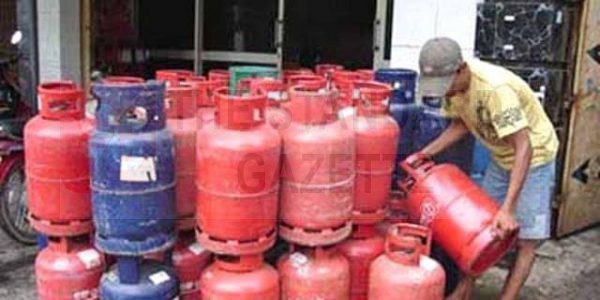 The Liquefied Petroleum Gas Retailers (LPGAR), branch of National Union of Petroleum and Natural Gas Workers (NUPENG), has spoken about the recent incessant increase in the price of cooking gas in the country. It claims that over 50 per cent of cooking gas users in rural areas have switched back to firewood and charcoal.

Umudu said the price of 12.5kg cooking gas cylinder has increased to between N8,500 to N9,000 within the last few weeks and becoming unbearable.

He said: “We, as retailers are not happy with the increment because we are no longer getting patronage as we used to. It is killing our business.

“From information gathered from our members, over 50 per cent of LPG users in rural areas have switched back to firewood and charcoal because they cannot afford to refill their gas cylinders.

“About 35 per cent of users in semi-urban areas have also abandoned their cooking gas cylinders.

“In urban areas like Lagos and other big cities, about 20 per cent have also switched to firewood, kerosene and charcoal due to the continued increment in the price of cooking gas.”

Umudu noted that the development was a huge hindrance to the plan by the Federal Government to encourage Nigerians to embrace gas as the preferred choice for cooking in their homes.

According to him, while the government has declared Jan. 1, 2021, to Dec. 31, 2030 as the ‘Decade of Gas,’ such declarations should be backed with proactive actions to make it successful.

He appealed to the government to urgently intervene to halt the continued increase by removing Value Added Tax on imported LPG and also granting marketers easier access to forex for importation.

How Davido Turned Down Sanwo-Olu’s Invitation

Billionaire Businesswoman Folorunso Alakija Narrates How God delivered Her From…