Court Orders Striking Resident Doctors Back to Work, This is Why 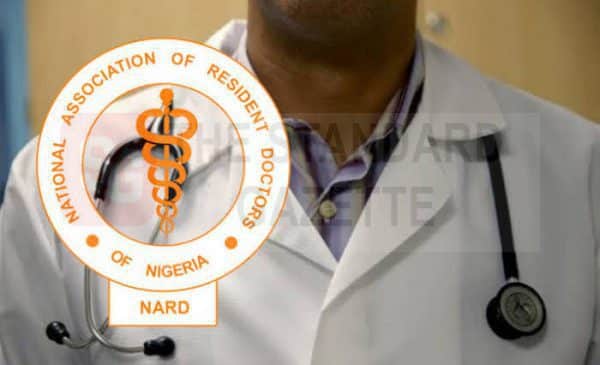 The National Industrial Court sitting in Abuja has ruled against the National Association of Resident Doctors, ordering them to suspend its ongoing strike immediately.

Justice John Targema made the order on Monday while ruling on an exparte application by the federal government through the ministry of Labour and Productivity. “Having considered and observed the affidavit of extreme urgency, the grounds of the application, the affidavit in support of same and arguments of counsel for the applicant. I also weighed the submissions and arguments of counsel on the law as it stands on this application.

“It is hereby ordered that claimant/applicant and the defendant/respondent suspend all forms of hostilities forthwith pending the hearing and determination of the motion on notice,” Justice Targema ruled.

Justice Targema adjourned the substantive suit to September 15 and ruled that a hearing notice should be issued and served on the defendant.

The Resident Doctors are demanding among other things better living conditions and allowances such as an upgrade on their hazard allowance. Dr. Chris Ngige, Minister of Labour, has called out the Doctors for playing “God” for always going on strike.

©Standard Gazette, 2021. Unauthorized use and/or duplication of this material without express and written permission from this site’s publisher is strictly prohibited. Excerpts and links may be used, provided that full and clear credit is given to Standard Gazette with appropriate and specific direction to the original content.
0 4
Share FacebookTwitterGoogle+ReddItWhatsAppPinterestEmailFacebook MessengerLinkedin