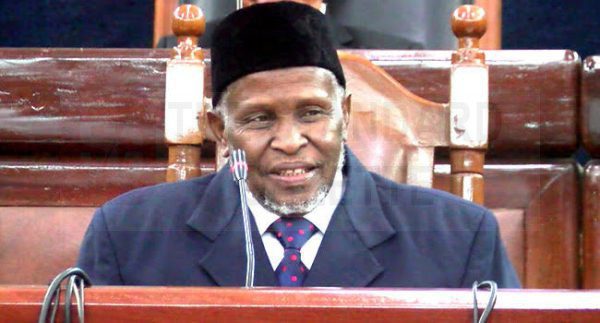 Ibrahim Muhammad, the chief justice of Nigeria, ordered Olasunmbo Goodluck to return and say “so help me God” instead of “so help me Allah” mentioned at the end of the oath swearing. The Appeal Court Judge had ended her oath with the former statement and the CJN was never going to take it.

This resulted in a round of laughter from those present at the court. She immediately returned to the microphone and did as she was ordered.

The new appeal court judges were sworn in at the main court of the Supreme Court of Nigeria in Abuja on Monday.

18 new justices of the Appeal Court were approved by President Muhammadu Buhari following a recommendation by the National Judicial Council (NJC). April 29 was the initial date for their swearing in ceremony, but had to be postponed due to JUSUN strike.

INEC Commences CVR Today: How You can Register