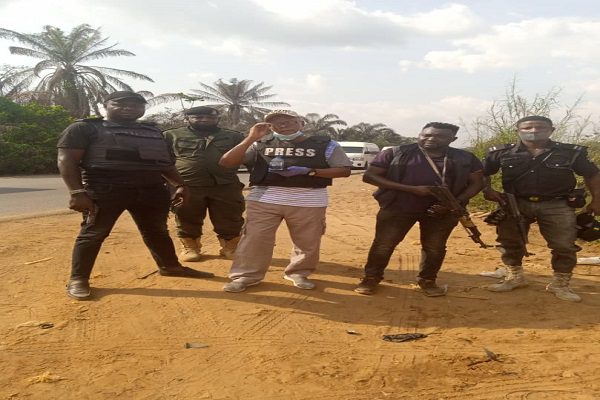 Edo state Commissioner of Police, Johnson Babatunde Kokumo says, plans by some suspected armed robbers to attack Banks, shops and other commercial places in Benin city, Edo state have been uncovered by the police.

Consequently, the police say, they have the capacity and will to deal with any person or group of persons that may want to cause mayhem before, during and after the yuletide.

He stated that strong intelligence report pointed to the fact that, the bandits have procured guns and other dangerous weapons to unleash the terror.

CP Kokumo stated that adequate security has been put in place in Edo state towards a hitch-free Christmas and New year celebrations and advised the people not to panic.

The Edo state police commissioner said Armoured Personnel Carriers and other crime-fighting equipment have been put in place to combat any security breach in the state.

CP Kokumo stated that some flashpoints that are notorious for criminal activities on most highways linking Edo state have been secured and assured travellers of a smooth journey in Edo.

Police Arrested A Suspect Involved In A $2,700 Dubious Gold…

He lamented the release of over 2,000 criminals from the two correctional centres in Benin city, adding that their release has led to crime upsurge in the state.

He appealed to the people to report any suspicious character in their vicinity to the police for immediate action as any credible information can help in removing a criminal off the street.

A move around Benin city by Standard Gazette correspondent Festus Alenkhe saw a lot of policemen, the army and other security agencies on a joint patrol.

Armoured Personnel Carrier has been placed at Kings Square in Benin city.

The joint security team were also spotted carrying out STOP AND SEARCH on motorists in some areas in Benin city.

As at press time, some top police officers were seen supervising the new security architecture in Benin city and environs.

Police Arrested A Suspect Involved In A $2,700 Dubious Gold Scam In Nairobi

Police Arrested A Suspect Involved In A $2,700 Dubious Gold…