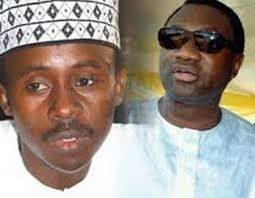 A federal capital territory (FCT) high court sitting in Apo, Abuja, has given judgement and has therefore sentenced Farouk Lawan, former chairman of the federal house of representatives ad-hoc committee on fuel subsidy, to seven years imprisonment. Lawan was jailed over the $3 million bribery charges leveled against him by the federal government.

Lawan was the chairman of the house of representatives ad hoc committee probing the multi-billion naira fuel subsidy fraud in 2012.

He was accused of demanding $3 million from billionaire oil and gas tycoon, Femi Otedola to remove Zenon Petroleum and Gas Limited (Otedola’s company) from the list of oil companies allegedly involved in the fuel subsidy fraud in 2012.

Lawan, who was arraigned on seven counts of bribery by the Independent Corrupt Practices Commission (ICPC), was alleged to have collected $500,000 bribe from Otedola.

Angela Otaluka, the presiding judge, while delivering judgment in the case on Tuesday, held that convinced that she was not convinced that the defendant did not collect the money to serve as a lesson to other companies.

“I therefore find the defendant guilty of counts one, two and three,” she held.

However, the sentence is to run concurrently, meaning the convict will only serve a seven-year jail term

©Standard Gazette, 2021. Unauthorized use and/or duplication of this material without express and written permission from this site’s publisher is strictly prohibited. Excerpts and links may be used, provided that full and clear credit is given to Standard Gazette with appropriate and specific direction to the original content.
0 13
Share FacebookTwitterGoogle+ReddItWhatsAppPinterestEmailFacebook MessengerLinkedin

Kenyan Speaker In Trouble For Impregnating Another Woman