From Mosaic Laws to SHARI’A, to Christ: Why Islam and Northern Nigeria Needs Help 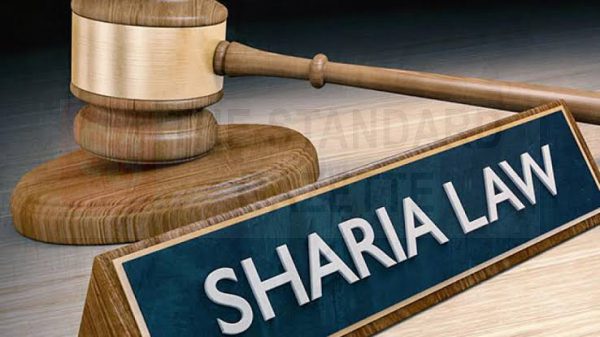 Many of what we call the old testament laws of Moses, which forms part of the Christian Canon book of the Bible and expanded by Jews in Judaism are a reflection of the times the people were living. Imagine in the Bible, you will see laws relating to another person’s goat, missing hen or cow, how to build house, how to eat and wash hands, what to wear and what not to wear, what to eat and what not to eat. In fact, there was even a law of jealousy because the men at that time wanted to subjugate women, so they asked Moses to give them a law if they suspected their wives. Its not funny at all. It was really that bad.

After about 3500 years when Muhammed came with Islam, he had visited Jerusalem and had experienced Jewish customs and traditions and of course, remnants of Christianity in the Arab world. He transferred many of these Mosaic laws and practices into his new found religion. There are so many examples of striking similarities.

For instance, stoning of women found in adultery, stoning or flogging those who fornicate, laws regarding pigs and crawling animals as unholy, keeping beards by men as sign of honour, the covering of women, menstrual impurity laws, facing Mecca as against facing Jerusalem when Jews pray and so on. It was also a period of war and conquest, male dominated and women were regarded as “gardens” and nothing else.

Unfortunately, in Northern Nigeria, the political elites tries to come up with Shariah law and Hisbah whenever they realize that freedom of choice and association will threaten their positions. They use Hisbah Police with the aid of SHARI’A as a political weapon to subjugate the Northern masses and with the help and support of Islamic clerics, they are told it is the will of Allah. The audacity of hypocrisy among Northern Muslim political elites will shock the animal kingdom.

Jesus knew that even the Jews who practiced the laws of Moses were hypocrites. The word hypocrisy or hypocrites appeared 20 times between the gospel books of Matthew and John. That was why when they brought that woman who was caught in adultery, he told them, “He that is without sin among you, let him first cast a stone at her.” That statement was damning. It is also the statement that has today liberated humanity from the subjugation of oppressive cultures and laws. He never praised the woman, but did not judge her. Neither did he allow sinners alike to condemn her because their law says so. They all left in shame.

In fact, the laws of Moses, many of which are now part of the Sharia were outrightly dragged in the mud by Jesus to the displeasure and anger of the Jews. He told them that those laws were in fact, not ordinances of God but Moses handed it down to them because of their stubbornness. Jesus was hitting them where it hurts and you can sense why they killed him. They couldn’t accept the truth. They cherished their law and loved Moses the giver. It is the same in religious cycle today unfortunately.

“The Pharisees also came unto him, tempting him, and saying unto him, Is it lawful for a man to put away his wife for every cause?” Matthew 19:3

Moses had told them in Deuteronomy 24:1 “When a man hath taken a wife, and married her, and it come to pass that she find no favour in his eyes, because he hath found some uncleanness in her: then let him write her a bill of divorcement, and give it in her hand, and send her out of his house.”

Under the Mosaic law, if I feel like I’m not feeling interested in my wife any longer, I can divorce her or if she sins against me, I can immediately send her away. You will find these similar laws in the Islamic Sharia too. Many of those laws were actually made with women in view. Jealousy, interpersonal relationship, conflicts, interests, power, greed and selfishness etc were other motivations that warranted those laws. They were laws of circumstances for a hard people in their own days. It must be seen in that objective truth.

Jesus gave them an upper cut jab, “He saith unto them, Moses because of the hardness of your hearts suffered you to put away your wives: but from the beginning it was not so.” (Matthew 19:8) Gbam! The Israelites were hard people. They are still hard people. They were almost holding Moses hostage before giving them those laws. The ‘wahala’ was too much. God had to tell him, “ok, go ahead tell them to go ahead, at least Jesus, my own begotten Son, not a mortal human servant, without earthly father and uncorrupted by sinful Adamic blood, will come to correct these your errors, but in the meantime, let them have it their ways.” And because Moses was God sent to the Jews, his laws became the “Commandments of God.” Apostle Paul submitted, “For what the law could not do, in that it was weak through the flesh, God sending his own Son in the likeness of sinful flesh, and for sin, condemned sin in the flesh:” (Romans 8:3).

A law thrown into trash is what some people hold in high esteem. Oh my! I pray that the Lord in His mercies will use this to open the eyes of My Muslim friends and Northern Muslims especially who consider Sharia as God’s law. If not for Jesus, that Western democracies (with all its flaws) arose from Christian Faith, imagine the savagery that would have existed even today. That is why Sharia and Mosaic law is rendered powerless today on a global scale. We as Christians have every reason to appreciate God for the gift of Christ. The North will be free in Jesus name.

“And the light shineth in darkness; and the darkness comprehended it not.” (John 1:5).

©Standard Gazette, 2021. Unauthorized use and/or duplication of this material without express and written permission from this site’s publisher is strictly prohibited. Excerpts and links may be used, provided that full and clear credit is given to Standard Gazette with appropriate and specific direction to the original content.
0 0
Share FacebookTwitterGoogle+ReddItWhatsAppPinterestEmailFacebook MessengerLinkedin

Children From Hell: Neighbours Breakdown Door To Find Decomposing Body Of Mother Who Died Nine Days Ago In Edo