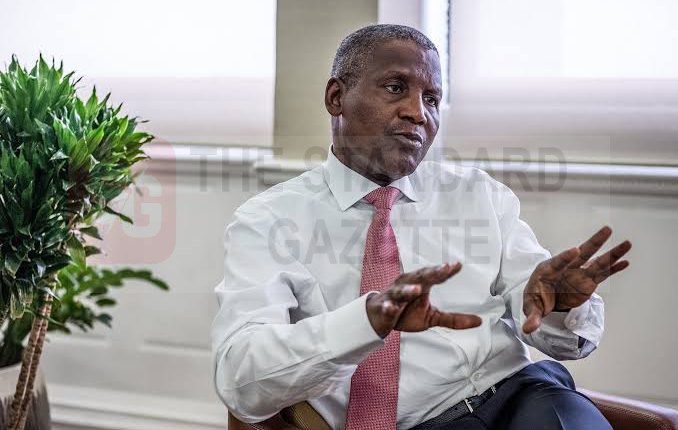 Aliko Dangote, Africa’s richest man, is said to have added $48.2 million (N19.8 billion) to his fortune in the last 24 hours before Christmas. Dangote added to his fortune on December 24, 2021, just in time for the holiday season.

According to a report, Dangote’s increased wealth has helped him keep his place among the world’s billionaires. Bloomberg reports that his enterprises, which account for a third of Nigeria’s total public market value, raised his wealth by 0.03 percent on Friday, December 24.

Dangote remained the 97th richest man alive among the world’s 500 billionaires as a result of the gain.

©Standard Gazette, 2021. Unauthorized use and/or duplication of this material without express and written permission from this site’s publisher is strictly prohibited. Excerpts and links may be used, provided that full and clear credit is given to Standard Gazette with appropriate and specific direction to the original content.
Alico Dangote
0 23
Share

Celibate for 1 year, How I achieved it – Small Doctor

Lady’s Mic Cut Off In Church After Giving Testimony About…

Pastor Arrested For Having Sex With Mother And Her Two Daughters