“I put a call to Buhari, but no response” – Governor narrates how apathy, negligence of Mr President fuels ethnic tensions, insurrections 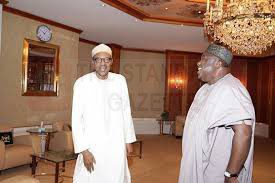 Enugu State Governor, Ifeanyi Ugwuanyi has given a rather disturbing details regarding his attempt to stop an attack by putting a call to Mr President but no immediate response until things got out of hand. His statement below raises questions, who is the Presidency? should a Governor have to wait for the federal government before doing the needful? A lot to ask about Nigeria’s federalism. Governor Ugwuanyi gives more detail while speaking to journalists as obtained by the Standard Gazette;

“I put a call across to the president, Muhammadu Buhari. I was put on hold for over an hour and 15 minutes. This call was made in the presence of 13 men and 4 women, the president’s aide told me that the president will get back to me.

The president through his aide after 4 hrs told me that the president will do something about it. My relative was among the people who witnessed this call (Sly Idoko). On hearing that the police have not arrived at Uzo Uwani, I called GOC 82 division for help.

I was referred to the presidency again. This time around, I was put on hold for nearly 2hrs again. While waiting to speak to the president, news came in that the attack I was planning to prevent has actually taken place.

Within an hour after the Fulani coordinated attacks, the Commissioner and GOC who referred me to the president has mobilised their men to stop retaliation.”