Igboho speaks on war after release from prison 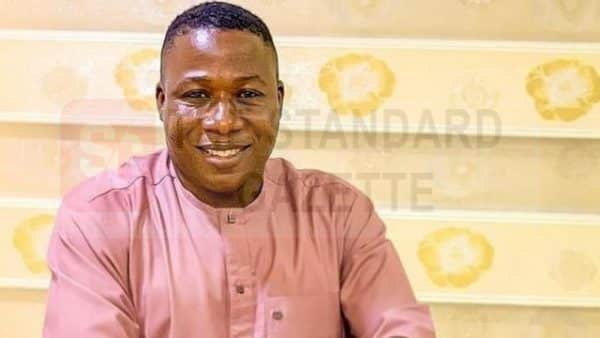 In a video released after his release from prison on Wednesday, he said this.

Igboho was seen in the video addressing the conflict between Ukraine and Russia.

"Let’s hope that this Ukraine crisis won’t lead to a third world war. May God not let us witness war in the world,” Igboho said.

Igboho fled the country to evade arrest, and after eight months in prison in neighboring Benin, he was granted conditional parole.Igboho was seized in Cotonou, Benin's commercial hub, on suspicion of "criminal affiliation."

Igboho, who escaped a murderous raid on his Ibadan apartment by Department of State Service operatives on July 1, 2021, was detained on July 19 in Benin Republic on his way to Germany with his wife, Ropo. His wife had already been discharged.

At the time, police accused Igboho and his associates of plotting a violent insurgency against the Nigerian government.

Kenyan renowned rapist on the run