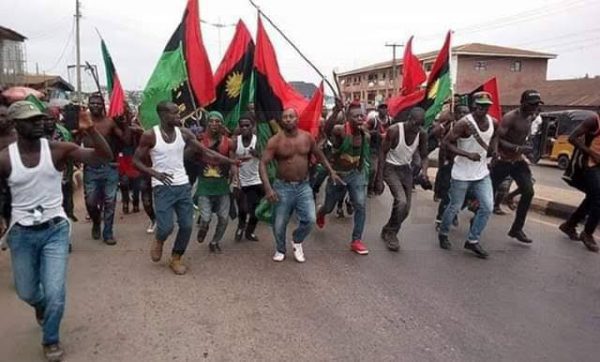 The Department of State Security (DSS) has raised an alarm over plot by the proscribed Indigenous People of Biafra (IPOB) to use explosives to destabilize the state. The DSS stated that an intelligence report revealed that the group was moving the explosives from Lagos to an unconfirmed location in Orlu LGA of the state.

The explosive items are said to be concealed in articulated vehicles to prevent detection and beat security checks on the road.

“Intelligence revealed that the proscribed Indigenous People of Biafra/Eastern Security Network has acquired bombs and Improvised Explosive Devices with which to further their subversive activities,” the letter said.

“It was reliably gathered that the newly acquired items are currently being conveyed from Lagos to an unconfirmed location in Orlu Local Government Area.

The group had earlier noted that arms used by its Eastern Security Network (ESN) is locally produced.