JUSUN Strike: Why Lagos Chapter Could Opt Out 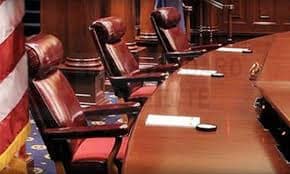 The Lagos Chapter of the Judiciary Staff Union of Nigeria, JUSUN, says it is planning a partial return of court activities due to reasons as contained in a memo. The strike action embarked on since April 6, 2021 was to demand autonomy of the judiciary.

JUSUN, Lagos chapter now says arrangement is under way to inform the national body of the association requesting permission to partially resume work.

The Lagos State Judiciary has been enjoying greater level of financial autonomy compared to other states of the federation.

Part of the memo reads: “We had many interactions on the strike situations with fellow State chairmen especially from South-West, South-East and South- South.

“Lagos JUSUN found out that it is only Lagos State Government that had shown concerns and seriousness with a listening ears to this JUSUN struggle.

“At this moment, Lagos JUSUN has had four meetings with powerful Government official especially Mr Governor himself.

“From my position and privileges as JUSUN chairman Lagos, We are indeed lucky. Even the National leadership hasn’t made significant progress as Lagos JUSUN does at the moment.