Love Turns Sour, as Man Chops off His Lover's Hand 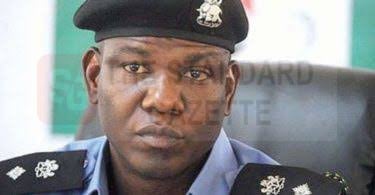 A man named Chibisi Irem, on Tuesday chopped off his girlfriend’s hand for allegedly having an affair with another man in Ebonyi.

It was more than a shocking incident at Ishieke community, in the Ebonyi Local Government Area of the state, where both loverbirds run a restaurant.

It was gathered that Irem had been suspecting his girlfriend, Chinyere and had warned her of alleged infidelity with another man in the area and asked her to desist from dating the man, all to no avail.

Miss Chinyere, according to Information gathered from The Punch, allegedly continued dealing with the man, until both could not resolve the issue leading to a fight on Tuesday morning.

Irem allegedly attacked his girlfriend when they were in their restaurant serving customers.

The Police Public Relations Officer, Loveth Odah, said,  “Police in Ebonyi State are on the trail of a young man whose name was given as Chibisi Irem, who allegedly attacked his girlfriend with a machete at Isieke in Ebonyi Local Government Area.

“The incident occurred following a misunderstanding between the two lovers at a joint being managed by them.

“The girl suffered cuts on her upper arm as a result of the machete attack. The victim has been rushed to a hospital for medical attention.”

You Can't Force People to get Vaccinated - Court Tells Obaseki