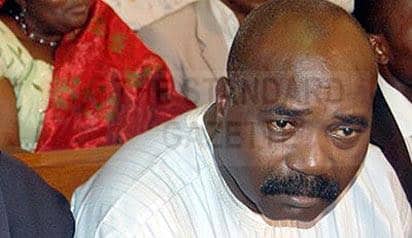 Former Governor of Edo State, Chief Lucky Igbinedion, has been invited by the Economic and Financial Crimes Commission (EFCC) over allegations bordering on fraud and diversion of public funds.

Igbinedion was said to have arrived at the EFCC headquarters in Abuja on Thursday afternoon.

He is reportedly being questioned over an amount in the tune of N1.6 billion public funds allegedly diverted for personal use during his tenure as Governor of Edo State.

Igbinedion served as governor of Edo from 1999 to 2007 under the People's Democratic Party (PDP).

The former Governor has been in and out of court over corruption issues since he left office, however, the anti-graft agency seems to have gotten fresh evidence against him over the alleged diversion of a loan obtained by the state during his tenure.

©Standard Gazette, 2021. Unauthorized use and/or duplication of this material without express and written permission from this site’s publisher is strictly prohibited. Excerpts and links may be used, provided that full and clear credit is given to Standard Gazette with appropriate and specific direction to the original content.
Share on Social Media
twitterfacebookwhatsapplinkedintelegram
Follow us on Social Media
twitterfacebookinstagramyoutubelinkedinwhatsappgoogle playtelegram
EFCCLucky igbinedion

A couple in possession of fake money arrested in Nairobi