Muslim-Muslim ticket: Has Tinubu dug his own pit? 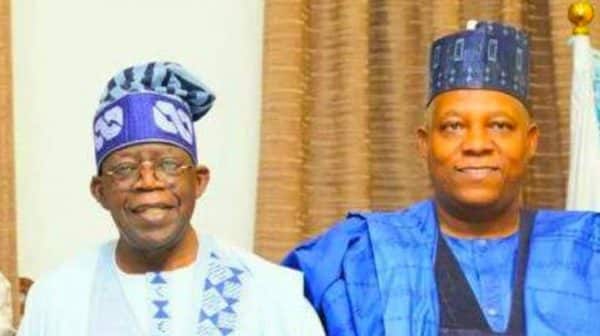 Shettima sits in the nation's Upper Chamber as a senator for Borno Central District. He served as Borno state's governor for two terms.

In Nigerian politics, a Muslim-Muslim ticket is a sensitive issue, and his selection as Tinubu's running mate has sparked a dispute on social media among those who think the APC leader has shot himself in the foot by picking another Muslim as his vice.

The fears elicited by most Nigerians is not unconnected with the fact that Shettima was governor at a time Boko Haram insurgents ravaged Borno state and kidnapped the Chibok girls.

Again, the fear of Islamization of the country makes the Muslim-Muslim ticket even more scary and the announcement makes it look so real.

Will this decision from the APC have an impact at the polls? The fundamental issue lies in the relevance of the Christian bloc of voters and their impact on the national politics in the future. The response from this bloc and of course, other Muslims from the North who see this decision as unfair can make a big difference come 2023.

If not for the quick strategic thinking of Peter Obi, the electorates would have been left with one other option, an alternative by condition - Atiku