‘My Son is the only one I have’, Widow, parents lament after 55 days in captivity 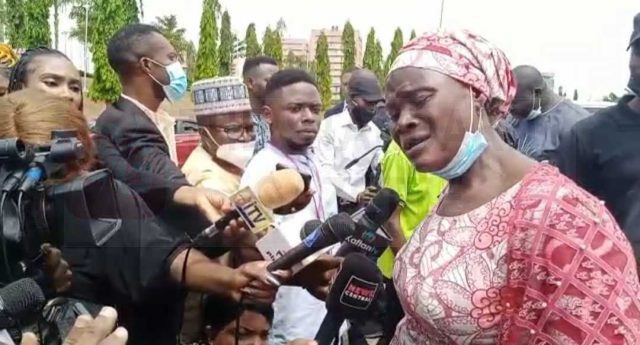 After 55 days in captivity and no hope in sight, parents and students of the Federal College of Forestry Mechanization, Afaka, in Kaduna State on Tuesday occupied the National Assembly complex, Abuja, in protest.

The mother of one of the abducted students lamented, “My son is the only one I have I don’t have a husband, I’m a widow.”

Members of the Students Union Government (SUG) of the institution are lamenting over what they described as the negligence of the state and Federal Government in securing the release of their colleagues.

“Education is our right! Safety is our right! Freedom is our right!, Free Afaka 29!” the protesters chanted songs of solidarity and displayed placards demanding prompt rescue of the students.

Thirty-nine students of the Federal College of Forestry Mechanization Afaka in Igabi Local Government Area of Kaduna State were abducted from their hostels by bandits dressed in military uniform on March 11.

Ten of the students were released in two batches of five each but 29 others have remained in captivity.