N100m Bounty: Could There Be a Betrayal in Nnamdi Kanu’s Arrest? 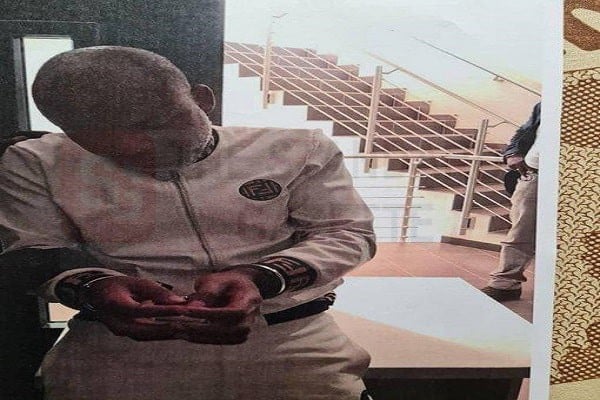 It is no longer news that the leader of the proscribed Indigenous People of Biafra IPOB, Nnamdi Kanu was rearrested and smuggled back to the country to face trial, however, circumstances leading up to his arrest remain shrouded in mystery.

Last month, the federal government had placed a N100m bounty on the IPOB leader’s head for possible help in extradition. However, since the United Kingdom was not willing to help, Kanu’s arrest had to be done outside of the UK. The British government has issued a statement that it was not aware and had no hands in his extradition.

How Was Nnamdi Kanu Arrested?

Why Gas Price is on The Rise – NLNG, as Nigerians…

Reports indicated that Kanu was arrested while leaving Israel for a South American country for a date. Kanu could not be arrested at his London base because he holds a British citizenship and repatriating him to Nigeria may be challenging and the process cumbersome.

“So, the security agencies waited patiently for him to leave the British soil before moving against him; he was arrested while on transit. There was evidence of his meetings with foreign governments to solicit support for Biafra,” an anonymous source claimed.

Interpol had been put on high alert prior to his arrest with the collaboration of the Nigerian government.

Confirming the dating story with a woman, the Archbishop of Enugu Province, Church of Nigeria (Anglican Communion), Most Rev Emmanuel Chukwuma stated that the IPOB leader, “played into the hands of Nigerian Intelligence Agency, who set him up with a woman from London to Brazil, where he was arrested and then tranquilised to the point of bringing him to Nigeria.

“That shows irresponsibility. How can a woman and tranquilizer be a way of catching you if you are really a very strong leader? I feel disappointed in him because they lured him out of London to Brazil with a woman. It’s a shame.”

©Standard Gazette, 2021. Unauthorized use and/or duplication of this material without express and written permission from this site’s publisher is strictly prohibited. Excerpts and links may be used, provided that full and clear credit is given to Standard Gazette with appropriate and specific direction to the original content.
0 35
Share

Why Gas Price is on The Rise – NLNG, as Nigerians Lament

IPOB Threatens One-Month Sit-at-home Protest in South East: This is Why

Why Gas Price is on The Rise – NLNG, as Nigerians…