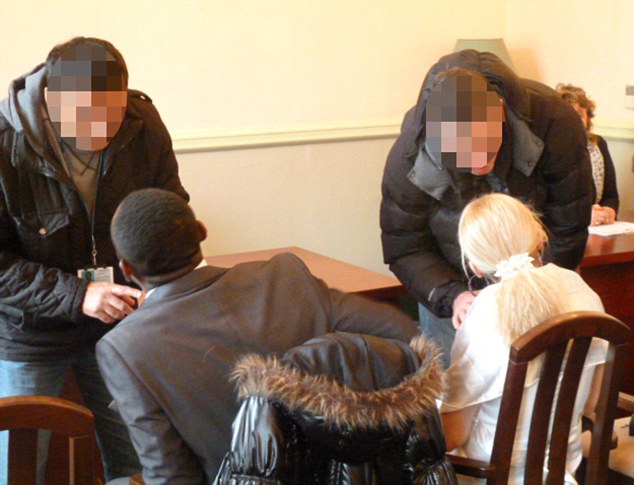 This is the dramatic moment home office investigators put a stop to a sham marriage just minutes before the bride and groom exchanged their vows. 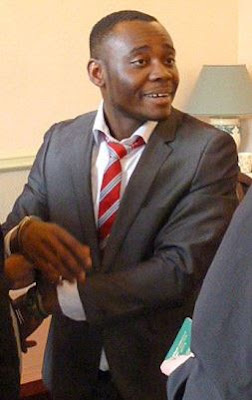 But unbeknown to them Home Office investigators who were tipped off by a suspicious registrar  and lay in wait in a side room for the pair to arrive. 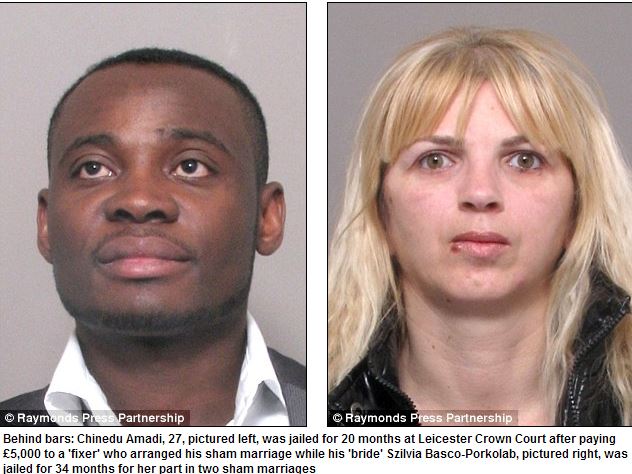 Amadi, a Nigerian student, paid £5,000 to an unknown ‘fixer’ to arrange the bogus wedding with an EU national to allow him to stay in the UK.

After their arrest, investigators discovered Basco-Porkolab was involved in an earlier sham marriage to another Nigerian, Ikechukwu Egbe, at Greta Green in May 2011. 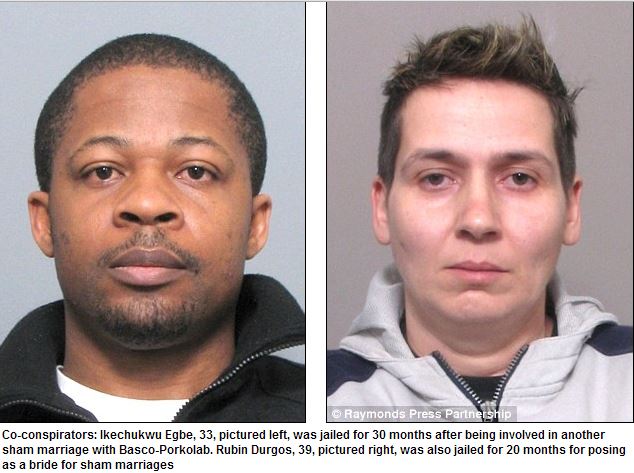 Basco-Porkolab, 38, living in Leicester, admitted two counts of conspiracy to breach immigration laws relating to sham marriages, and was jailed for 34 months.

Amadi, 27, of Livingstone Road, Gillingham, admitted a similar count and was jailed for 20 months.

Egbe, 34, of Narborough Road, Leicester, was convicted of one offence of conspiracy, and jailed for 30 months.

A fourth person, Rubin Durgos 39, admitted conspiracy, in the intended sham marriage of Amadi. She was to be the bride, before Basco-Porkolab stepped in at the last minute.

Durgos, a Hungarian, of Forest Road, Coalville, Leicestershire, was jailed for 20 months.

29 ex-militants trained as pilot to attend courses in Germany, UK