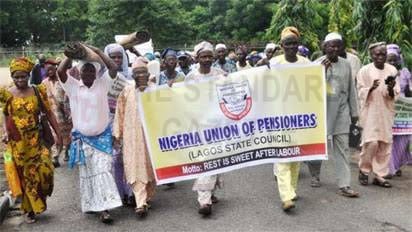 Pensioners in the country, under the aegis of Nigeria Union of Pensioners have reacted to Buhari's response to their plight, acknowledging and commending President Muhammadu Buhari, for payment of major part of their backlog entitlements.

In the letter signed by Elder Actor Zal, General Secretary of the association, the pensioners commended President Buhari for being a leader “who listens to the yearnings and aspirations” of his subjects, noting that this was evidenced by “the deliberate efforts being put in place by your government to put smiles on the faces of our members.”

The letter was also made available to the President's Special Adviser on Media, Femi Adesina.

“Despite the economic odds, the moment the circular was released, the President through the Pension Transitional Arrangement Directorate (PTAD) commenced payment to pensioners nationwide by the initial release of 12 months in June, and another payment of six months in July, leaving the balance of six months pending.

We do sincerely hope that the balance will be cleared in due course.

“The Union notes with great nostalgia the deliberate efforts being put in place by your government to put smiles on the faces of our members nationwide and we are appreciatively indebted to your government.

The Pensioners further commended the President for having listening ears and being sensitive to the yearnings and aspirations of retirees.