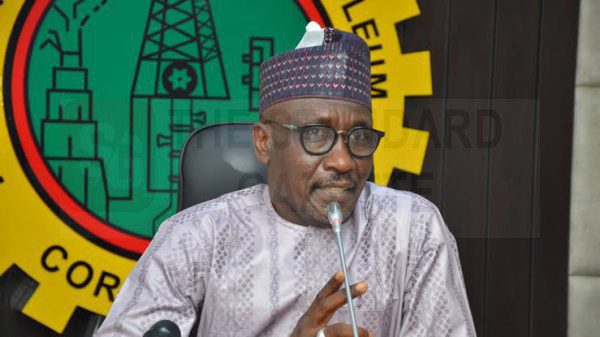 The Group Managing Director of the Nigerian National Petroleum Corporation, Mallam Mele Kyari, has once again stated that the current price of petrol was unsustainable, stating that it should sell above N280/litre.

Kyari said this on Tuesday during an interview with Channels Television. According to him, smuggling of petrol from Nigeria had taken a negative toll on the Nigerian oil sector. He however noted that the federal government was not willing to shut the borders at this time.

The NNPC boss said even though petrol evacuation by NNPC in Nigeria currently stands at about 60 million litres daily, the corporation was certain that consumption was far below that volume.

He said organised smuggling was the reason for the huge consumption volume, stressing that the sale of petrol at N162/litre was also an incentive for this.

Kyari said, “Today we are paying N162/litre (for petrol). I am sure many people buy AGO (diesel) in the market and it is selling at N280/litre in the market today.

N100m Bounty: Could There Be a Betrayal in Nnamdi Kanu’s Arrest?