Opinion: Nigeria, Military Coup is Coming Home, But When? 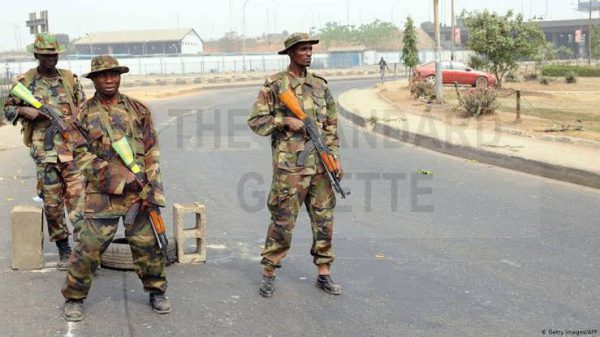 England, during the last Euros was anxiously waiting to win it's first silverware since the 1966 world cup when it hosted and won the football event. They were so close to winning it this year, but football didn't come home, it went Rome. In the same vein, Nigeria is closer to military coup and it is not an overstatement.

A Yoruba addage says, "the death that takes away one's bossom friend, is a parable to one." The military takeover in Guinea, Mali and the collapse of the democratic institution in Chad which relegated the Vice President and the imposition of the late President's son as the country's ruler, are all evidences of weak institutions, which cannot protect democracies in many African countries.

Is the rank and file of the Nigerian military united? No! In fact, there's no military anywhere in the world where individuals in the military formations agree with the status quo. The Esprit de Corps principle only applies to authority not necessarily about agreement or unity of purpose as we are made to believe. Like Guinea, Nigerian military can perceive corruption, nepotism and injustice and the insecurity in the country.

Their loyalty must be to the Nigerian people at all cost. It is patriotism to defend Nigeria's democratic institution through the use of gun if politicians seek to destroy it through their greediness and shenanigans.

As politicians gear up for 2023 elections, one critical factor that could trigger a return to military regime through coup, will be an attempt by the current players in Buhari's administration to frustrate the election process that could lead to chaos. For now, Nigerians seem to have possessed the stamina, both physical and spiritual to absorb current economic crisis. To the common man on the street, increase in food prices and the spiralling exchange rate is a bubble. It only needs a political miscalculation by players in the current administration to burst.

They themselves will be shocked by the ferocious response of the Nigerian masses and their family members in the military.

The achilles heel of any administration is exposed when it looses respect from the people, when the majority loose trust and when they don't feel safe. To avoid a state of nature, where according to Thomas Hobbes, life is brutish and short, there must be a leveler.

Nigeria's democracy is hanging on a fragile balance. Military coup may be coming home except if there's a miss just before it happens like it slipped from England's hands. Ultimately, Nigeria's redemption will not come through this present settings. A factory setting must be needed for the future optimum. Non of the political players either in PDP or APC are ready for that.