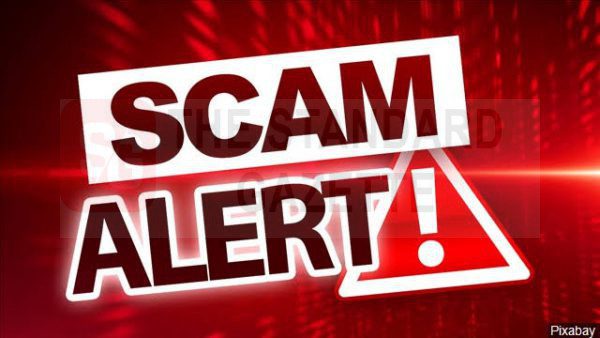 Some churches demand that their members pay Firstfruit offering - their first salary in the year or anytime they get an increment in their wages. These churches claim that such increment must be brought to the church as "Firstfruit of Increase". When its January, you see them opening scriptures to their members on why they must pay firstfruits offering or they will be under a curse.

Since most Nigerian Christians are not dilligent to stand on their own and study the scriptures for themselves, they are susceptible to anything or any tradition of the church. We must grow beyond church traditions.

The word firstfruits appeared 31 times in the entire Bible. The laws of Moses explicitly directed the Israelites to bring the firstfruits of their farm products to the house of the Lord and to the priests. It is the first harvest of the farm produce.

"Speak unto the children of Israel, and say unto them, When ye be come into the land which I give unto you, and shall reap the harvest thereof, then ye shall bring a sheaf of the firstfruits of your harvest unto the priest:" Lev.23:10. It was not all, but a sheaf, a measure of the first harvest. The first of the first. Ex. 23:19.

Since it is done once a year (Neh.10:35), it is for the purpose of preservation. A farmer cannot afford to eat everything at once. The firstfruits are kept to provide seed for the future and preserve the cycle of reproduction. It was a honorable thing to do and an essence of loyalty and obedience to the God of Israel who gave increase (Prov. 3:9).

However, God's purpose for allowing the Israelites to engage in such practices is a shadow of what is to come in the New Testament. Just as the blood of the passover, the lamb that replaced Issac, etc, were pointing to the redemptive power in the blood of Jesus and in his death, so is the Firstfruits a shadow of what will happen and has happened. The old testament is pointing to Christ.

Jeremiah, went ahead of Moses to explain what Firstfruit meant; "Israel was holiness unto the LORD, and the firstfruits of his increase: all that devour him shall offend; evil shall come upon them, saith the LORD." Jer.2:3.

The nation of Israel was a type of Firstfruits, because they were selected and dedicated to showcase to the world the only true God and to produce other nations who will also believe. Just like we don't destroy or consume the firstfruits, it is an offence for any nation to wage war against Israel to destroy it. The firstfruits are not meant for decoration or keeping, they are meant for reproduction.

In the new testament, the Firstfruit became Christ. "But now is Christ risen from the dead, and become the firstfruits of them that slept." 1Cor.15:20.

"But every man in his own order: Christ the firstfruits; afterward they that are Christ's at his coming." 1Cor.15:23.

By implication, Christ was the Holy One, who was annointed and consecrated to produce those who will be like him. Just as Christ rose from the dead, he became the Firstfruit of those who are His. That is to say, we will rise just the same way he arose. Hallelujah!!

In that same order, every child of God is a type of Firstfruits to others wherever we find ourselves. We produce Christ in others. "Of his own will begat he us with the word of truth, that we should be a kind of firstfruits of his creatures." James 1:18. God has begotten us, or produced us by the Word of truth to produce others.

It has nothing to do with money or your first salary in January. Don't be deceived. Either those who came up with this doctrine aren't dilligent enough to study the Bible or they are just greedy. They seem to find any avenue to collect money from people. We can't afford to become Bible illiterates in this dispensation. We must ask questions and study the scriptures like we want to write an exam. Enough of following church traditions rather than following the scriptures. From our so-called Thanksgiving programmes, harvest, etc, we need to come to terms with the real meanings of what we do and have held on to.

Just imagine if the husband and wife are both salary earners and they dogmatically subscribe to this doctrine in a month. I have seen a man who went on begging for food from neighbours all through the month because he has dropped his first salary. He lived a whole month in regret. Many families are being shattered just because people think they are doing God's will, not knowing that it is Church's will.

Firstfruits offering is not Biblical. It is a scam. By the time people start coming out to give all these testimonies about how after they paid their firstfruits, they got a new job or someone paid their house rent, you may want to be captivated. Relax! God's blessings are not to be based on monetized motives. He gives liberally. Don't be deceived. You and I are God's firstfruits.

Just In: Commissioner for Information and Strategy Kidnapped