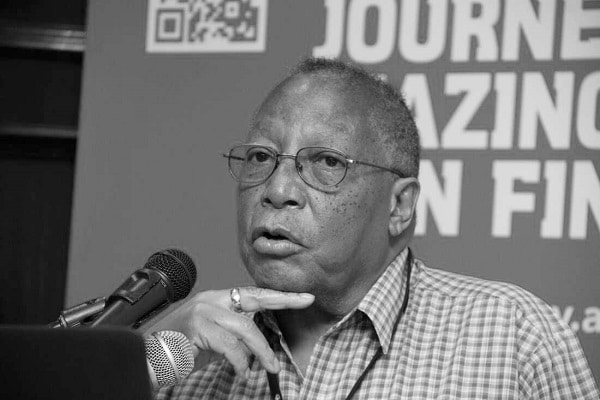 The Kenyan Head of State said the late Joe Kadhi, who passed on at a Nairobi hospital while undergoing treatment, will be remembered for his professionalism, which saw him rise to become one of the most respected media personalities in Kenya.

"Joe Kadhi was a great Kenyan. He was a patriot who worked hard to ensure the public was well informed through objective reporting," President Kenyatta said in his message.

The President pointed out that besides being a media trainer, Joe Kadhi will also be remembered by many as an exceptional editor who won several media awards.

"We will forever be grateful to God for having given us Joe as a gift. He has mentored and trained many Kenyans and ushered them into the media industry.
"His commitment to raising an independent media saw him empower journalists with skills that enabled them to strictly adhere to their calling and sticking to their cardinal role on objective reporting irrespective of their social, political or religious orientation," he said.

The President challenged journalists to continuously embrace the values that Joe Kadhi stood for, especially now, when Kenya is preparing for the forthcoming general election.

"Many will remember him for the role he played in preparing journalists for the coverage of the 2017 General Election, where he reminded them of their cardinal role of objective reporting. We appreciate him for his foresight in building a strong, peaceful and united democratic country where people are able to respect others' opinions and are free to air their views," he added.

The President prayed to God to give the family, relatives and friends of the late Joe Kadhi the fortitude and strength to bear the loss.

©Standard Gazette, 2021. Unauthorized use and/or duplication of this material without express and written permission from this site’s publisher is strictly prohibited. Excerpts and links may be used, provided that full and clear credit is given to Standard Gazette with appropriate and specific direction to the original content.
Joe KadhiUhuru Kenyatta