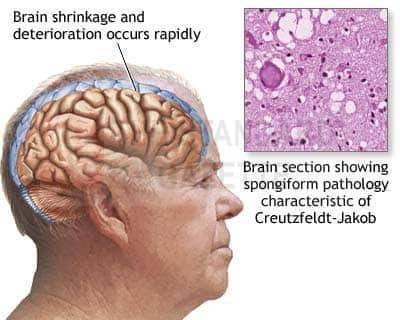 The world is yet to recover from the consequences of a lab research leading to Covid-19, yet another human error in a lab in France has made authorities to order a moratorium. The fact that a second person have caught deadly “prion” disease from a lab has made public research labs in France to temporarily halt their research into prions.

Prion diseases occur when normal prion protein, found on the surface of many cells, becomes abnormal and clump in the brain, causing brain damage. This abnormal accumulation of protein in the brain can cause memory impairment, personality changes, and difficulties with movement.

The decision was taken after a retired lab worker who handled prions in the past was diagnosed with Creutzfeldt-Jakob disease (CJD), the most common prion disease in humans. An investigation has begun to find out whether the patient, who worked at a lab run by the National Research Institute for Agriculture, Food and Environment (INRAE), contracted the disease on the job.

If that’s the case, it would be the second such case in France in the past few years. French scientists are not willing to take any risk. In June 2019, an INRAE lab worker named Émilie Jaumain died at age 33, 10 years after pricking her thumb during an experiment with prion-infected mice. Her family is now suing INRAE for manslaughter and endangering life; her illness had already led to tightened safety measures at French prion labs.

©Standard Gazette, 2021. Unauthorized use and/or duplication of this material without express and written permission from this site’s publisher is strictly prohibited. Excerpts and links may be used, provided that full and clear credit is given to Standard Gazette with appropriate and specific direction to the original content.
0 18
Share FacebookTwitterGoogle+ReddItWhatsAppPinterestEmailFacebook MessengerLinkedin