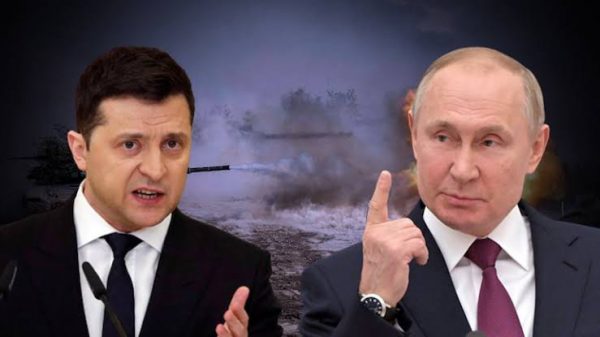 The ongoing conflict between Russia and Ukraine may extend the nearly three-week scarcity of Premium Motor Spirit, often known as petrol, in Nigeria, since the bulk of refined products entering the country from the warring zone and its neighboring areas are expected to be delayed.

On Sunday, it was also reported that traders supplying Nigeria with refined petroleum products may take a break due to a shortfall in crude oil cargoes from the Nigerian National Petroleum Company Limited.

Through its Direct Sale Direct Purchase scheme, the NNPC brings refined fuel into Nigeria via contractors or traders.

The oil corporation sends crude oil to its trading partners, who then supply the NNPC with refined goods equal to the level of crude received by the national oil company, according to the arrangement.

However, reliable sources within the oil company and among traders said on Sunday that due to low oil output, Nigeria's DSDP commitment was around 17 cargoes short.

They claimed that unless something radical was done, such as complete deregulation of the downstream oil sector, the gasoline scarcity issue in the United States would worsen.

"Some steel imports come from the Black Sea. Due to insecurity and war in Ukraine which you know is in the Black Sea, it is going to be difficult for ships to go there. The insurance world has classified the area as a war zone. So, many ships cannot go there anymore. No ship is allowed to go there until things are cleared, unless the owner of the vessel decides to take the risk directly, going without following advice from his insurance firm,” Aminu Umar, a former head of indigenous ship-owners of Nigeria.