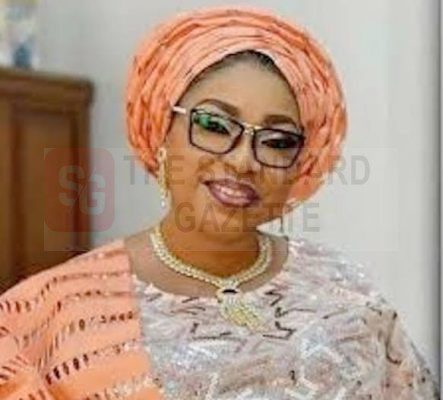 The Senator representing Adamawa South Senatorial district, Mrs Grace Folashade Bent has responded to claims by Precious Chikwendu that the PDP Senator was after her life and intimidating her over her child custody case.

The former beauty queen and estranged wife of former Minister of Aviation, Femi Fani-Kayode, has accused him and Senator Grace Bent, Fani-Kayode's alley of using the police to intimidate her.

In a press statement released by Sen Bent's Public Relations Officer, Timothy Williams, the PDP Senator noted that the allegations of trying to interfere in the custody case is untrue. The statement reads in part; "Her utmost respect for the dignity of the Court, will not in the remotest terms, allow her to interfere with judicial process or the course of justice, whether in the custody case involving Chief Femi Fani–Kayode's children or any other person."

The statement further noted that Mrs Bent will be "consulting with her team of lawyers and will not hesitate to seek appropriate redress against the wrongs meted against her, both in law and equity."

"Senator Grace Bent and Chief Femi Fani-Kayode, the former Minister of Aviation who was once married to Precious Chikwendu, have been friends and political affiliates for many years, with mutual respect for each other.

"The witness referred to in the publication is Mrs Binta Sambo Dasuki, of whom Col. Sambo Dasuki (her husband), and the husband of Senator Grace Bent, Chief Jackson Bent, have been very good friends and were military course mates for several decades.

These are relationships that have been maintained for several decades that the publication was carefully designed to prejudice," the statement added.

The Senator noted that she will stand by her friend even in stormy waters and urged family and friends to remain calm and shun utterances which may "interfere with the ongoing investigation, and other civil actions which may be initiated, at the time appropriate."