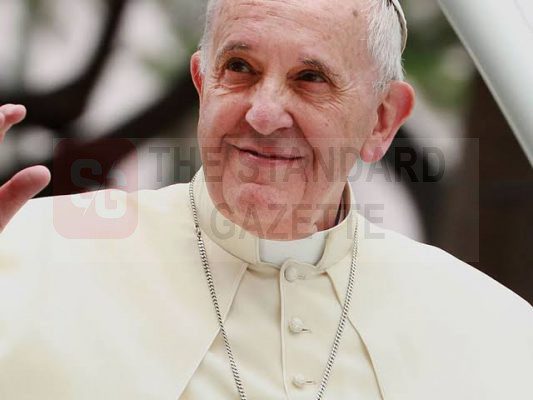 Pope Francis hilariously made a comment after recuperating from surgery stating, “some people wanted me dead.” He also noted that cardinals were already preparing to replace him after his colon surgery in July.

The 84-year-old pontiff jokingly made the comment during a meeting with fellow Jesuits in Bratislava on September 12, according to Jesuit journal La Civilta Cattolica.

Asked by one of those present how he was, Francis replied: “Still alive, even though some people wanted me dead.

“I know there were even meetings between prelates who thought the pope’s condition was more serious than what was said. They were preparing for the conclave. Ah well!”

When a pope dies or retires, cardinals meet in a secret conclave to elect his replacement from among their peers.

“It was a nurse who convinced me. Nurses sometimes understand the situation more than doctors because they are in direct contact with the patients.”

Francis underwent an operation on July 4 after suffering from a type of diverticulitis, an inflammation of pockets that develop in the lining of the intestine. He was discharged from the hospital after 10 days.

©Standard Gazette, 2021. Unauthorized use and/or duplication of this material without express and written permission from this site’s publisher is strictly prohibited. Excerpts and links may be used, provided that full and clear credit is given to Standard Gazette with appropriate and specific direction to the original content.
0 33
Share

Breaking: Nine People Crushed To Death In A Ghastly Accident In Benin