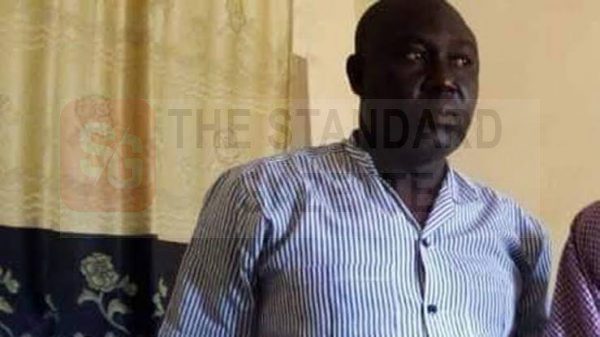 Alhaji Usman Galadima, a primary school teacher, who allegedly defiled 14 pupils of Central Primary School, Karabonde in Niger State has been suspended by the state’s Universal Basic Education Board (NSUBEB).

Galadima was said to have sexually assaulted some pupils of the school and also threatened to kill them if they revealed his atrocities.

It was learnt that his sexual allegations came up in July 2021, when two female pupils, aged 7 and 9,  reported him to the school’s Headmistress, Maimunat Tanko, who immediately forwarded the report to the Headmaster, Abdullahi Toure.

The headmaster was said to have summoned the accused teacher. Though he denied the allegations.

However, two weeks after, another set of girls each from primary two and three reported similar incident to the headmistress.

This spurred the school management to form a disciplinary panel to investigate the matter.

During the investigation, more students reportedly filed the same complaints against the teacher.

The situation made the delegates of the traditional head of the district, Bà Karabonde, to visit the school to lodge complaints about how some girls in primary two and three were reportedly harassed by their teacher.

The teacher reportedly accepted that he only molested one pupil.

Galadima later confessed that he only defiled five among the pupils.

But the number of pupils who filed similar complaints had risen to 14. While five pupils alleged that he had defiled them, some said he only kissed them. Few said he coerced them to play with his manhood and others alleged he ordered them to undress.

Director, Niger State Child Right Protection Agency, Maryam Kolo,  said the agency had facilitated the transfer of the case from Borgu LGA to Minna, so that it can be thoroughly investigated.