Why I Quit APC - Adamu Garba 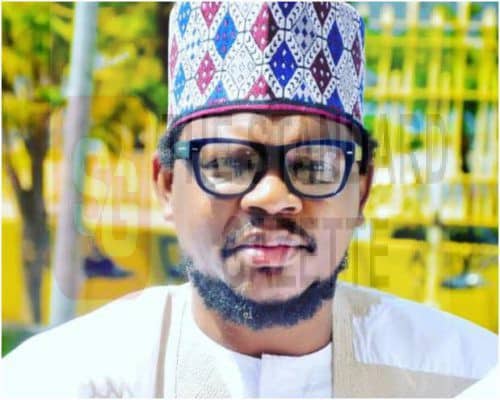 Adamu Garba, a former presidential candidate, chastised the All Progressives Congress on Thursday for what he called the party's "over-financialisation of the political atmosphere."

He also claimed that the ruling party in the country has no "future for inventive youth."

In a series of posts on his Twitter account, Adamu apologized to Nigerian youngsters for being on the side of the ruling elite rather than fellow citizens, particularly the youth.

Garba had slammed the APC's presidential candidate selection process on Tuesday, claiming that the ruling party's primary concern is money.

What is Monkeypox? As viral disease enters US and other…

How a top Professor caught by ICPC landed in court

Garba, who also announced his resignation from the presidential contest, said he had received private donations totaling N81,750,000.00 and internet donations of N1,457, 794.70.

Despite the donations, he stated that he will not be acquiring the presidential declaration of interest and nomination form.

He said despite receiving the donations, he will not be obtaining the expression of interest and nomination form for the presidential race.

“I write to notify Nigerians that after high-level deliberation with our campaign team, we have concluded that we will not be obtaining the expression of interest and nomination form for the office of the President of Nigeria under the platform of the APC.

“Our generation should not set an example as part of the people that supported the financialization/commercialization of our political space, especially the public office, considering the prohibitive cost of the nomination forms.

“We believe this action is capable of over-financializing our political space, institutionalizing vote buying, encouraging corruption, and completely obliteration the youth and the poor from participation,” Garba had said in a statement on Tuesday.

©Standard Gazette, 2021. Unauthorized use and/or duplication of this material without express and written permission from this site’s publisher is strictly prohibited. Excerpts and links may be used, provided that full and clear credit is given to Standard Gazette with appropriate and specific direction to the original content.
0 7
Share

Balenciaga destroyed sneakers sell for $1850 (N1m): Can you buy them?

How I will end banditry in Kaduna - Shehu Sani

Kenya Forest Service plants more than 35000 trees across the…