Why Tinubu, Osinbajo don't even stand a chance in APC - Farook Kperogi 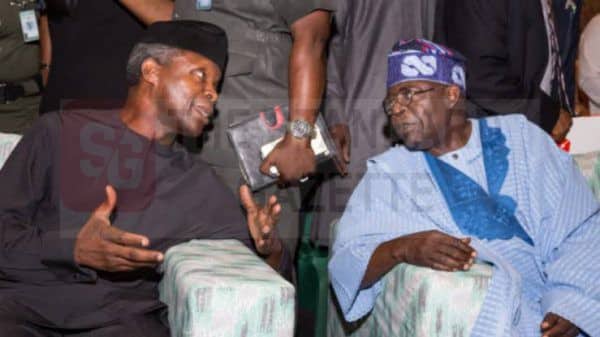 Historian and public commentator, Farook Kperogi PhD, has stated that those clamoring for either Tinubu or Osinbajo are going to be shocked by what is eventually going to play out during the APC primaries. According to him, both camps are not wanted.

Kperogi noted that the social media warriors for both camps are oblivious of the power play within the camp of the President, stating that the party structure is firmly in the hands of those who don't want them.

"What's interesting about the internecine fight between Tinubu and Osinbajo supporters on social media is that neither Tinubu nor Osinbajo is even in contention for the APC ticket in 2023."

The party structure is firmly in the hands of people who don't want them. In other words, Tinubu and Osinbajo are dancing themselves lame in rehearsals for a dance competition they may not take part in," he wrote on his Twitter handle.

Why it is too late to have Direct Primaries - Jega

How This Young Female Presidential Aspirant is Linked To Tinubu