By Olumide Oyekunle Last updated May 3, 2022 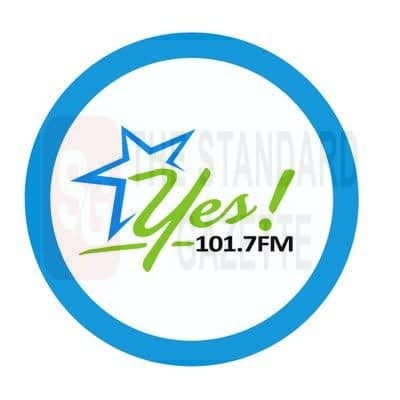 After the news of the termination of her appointment as a radio broadcaster on Yes FM went viral last week, the General Manager of the radio station, Fola Folayan reacted to the news by explaining why Zainab Fakunle was fired.

Standard Gazette had reported how Zainab's appointment was terminated allegedly due to her inability to pronounce the letter R, a condition known as R factor or Rhotacism.

SG reached out to Zainab and she said "Before the termination letter, the GM called a day after my presentation. She said 'we are taking off the news because you couldn't pronounce R,' she said 'she enjoys my presentation but the GMD is not happy with the R factor.' She consoled me not to give up.

"After two weeks, I was doing my program and the next thing, they gave me a letter. Four days before the letter was served, I saw the GM, and she said they will try and manage me only on Saturdays since none of the OAPs can do the Saturday news."

However, on the 29 of April, Zainab received her termination letter citing restructuring at the station.

The letter posted online reads in part, "I wish to inform you that your probationary appointment with YES FM is being terminated effective from April 29, 2022. This is due to ongoing restructuring at YES FM, hence, the company wishes to exercise its rights to terminate your appointment within the six-month probation period."

Fola Folayan responded by saying, "She was hired as a broadcaster on our radio station and like every other employee, put on probation."

"Her employment was terminated because her Rhotacism was affecting her pronunciations when reading the news and presenting programs."

"This did not fit Into the broadcast standard at 101.7 YES FM and after 3 months of no improvement, despite in-house broadcast training organised for our newscasters and presenters, we had to regretfully let her go."

When asked if she could have been transferred to another department and how unethical it is for an organization to fire its staff due to defective speech, the GM maintained by saying, it is not acceptable to the radio station.

"It is not acceptable on our radio station 101.7 YES FM," she responded.

©Standard Gazette, 2021. Unauthorized use and/or duplication of this material without express and written permission from this site’s publisher is strictly prohibited. Excerpts and links may be used, provided that full and clear credit is given to Standard Gazette with appropriate and specific direction to the original content.
IbadanRadioYes FM
0 40
Share