Woman Engaged in Incest With Her Sons deported by Nigerian Authorities 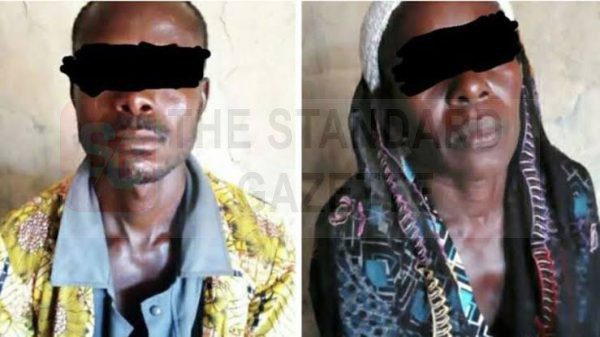 Beninese woman, who was reported to have had three children for her son and  has been sexually involved with another son of hers, has now been deported by Nigerian authorities.

The woman, Fati Sime was deported along with her first son, Adamu with whom she  allegedly had three children.

However, the second son caught his brother in a sex act with their mother in their farm in the Kiama area of Kwara State and out of jealousy, a fight ensued.

Operatives of the Nigeria Security and Civil Defence Corps (NSCDC), Kwara State Command, had arrested Fati and her son on the allegation of incest.
The arrest followed a complaint made by the district head of Mose community in Kaima Local Government Area.

Spokesman for Kwara State Command of the NSCDC, Babawale Afolabi  confirmed that the incestuous relationship between Fati and her son, Adamu had resulted in the birth of three children.

That is besides the 11 children she had from her husband, Adamu’s father.

Fati and her first son, Adamu, were deported with directive of the Commandant after the investigation and handed over to the Benin Republic operatives at the border.

“But during investigation, the first son, Adamu confessed that he has been having carnal knowledge of his mother for seven years,” Afolabi stated.

©Standard Gazette, 2021. Unauthorized use and/or duplication of this material without express and written permission from this site’s publisher is strictly prohibited. Excerpts and links may be used, provided that full and clear credit is given to Standard Gazette with appropriate and specific direction to the original content.
0 6
Share