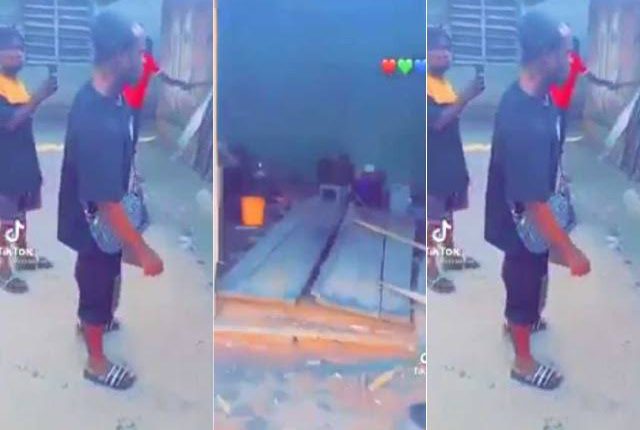 A video that has gone viral shows a gang of suspected Yahoo lads demolishing their colleague's mother's house after he allegedly fled with N30 million through internet fraud.

The incident occurred in Okada, Edo state, according to reports.

The young boys can be heard in the video saying that they made the money that their colleague stole from "yahoo-yahoo" (internet fraud).

They further said that they had been waiting for him in Okada, Edo state, for days but that he had refused to pay. They also told him to keep running and promised to find him.

One of them who shared the video on social media wrote, “If you nor get money, nor put boy for aza work oooo, since last week I nor fit sleep, money don come you run with it”.

This Generation Of Youths Are The Most Hopeless, I Apologize To Buhari - Deji Adeyanju