Yoruba Nation Rally: How To Survive A Protest in Lagos 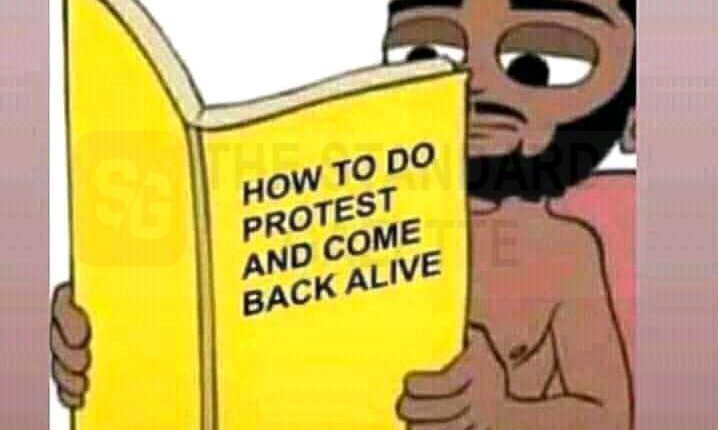 The Yoruba nation rally held on Saturday despite a show of force by security personnel and a warning against protesting in Lagos.

The separatist movement, which seeks disintegration from the Nigerian state had organized similar rallies in other parts of the South West without recording any casualty.

Why Is Lagos Always Different?

Up till this present moment, Lagos State Government has not owned up to its complicity in the October 20 massacre of peaceful protesters at the Lekki Toll Gate.

CNN report confirmed the role of the military in the brutal killing of youths demanding an end to police brutality through the #EndSars movement. Why did it get so bad in Lagos?

Just like the June 12 protest, Saturday’s Yoruba nation rally became another talking point of the way Lagos State government, in connection with security operatives cannot uphold democratic tenets and hold in high esteem people’s lives when they voice out their disapproval on issues.

The death of a 14-year old road side hawker by Police stray bullet is an outcome of the “uncivility” of security personnel and a government that doesn’t care. Perhaps, in Lagos State, the only way to survive in a protest is by not protesting at all.

©Standard Gazette, 2021. Unauthorized use and/or duplication of this material without express and written permission from this site’s publisher is strictly prohibited. Excerpts and links may be used, provided that full and clear credit is given to Standard Gazette with appropriate and specific direction to the original content.
Lagos StateProtest
0 14
Share FacebookTwitterGoogle+ReddItWhatsAppPinterestEmailFacebook MessengerLinkedin

Woman Beaten To Stupor As Her Car Hijacked With Two Children