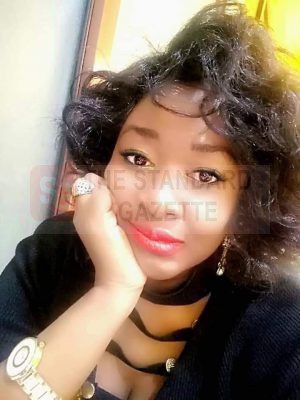 The last has not been heard regarding issues bordering on the child custody claims between the estranged wife of former aviation minister, Femi Fani-Kayode, Precious Chikwendu. The plot thickens as Precious had recently come out to say that Fani-Kayode had connived with some individuals to intimidate her. However, Mrs Regina Fani-Kayode has stated that Precious isn’t to be taken seriously.

According toa statement released on her Facebook page, on Sunday, 8th August, Regina says it was irresponsible for a mother to abandon her children.

“To the friends and advisors, please tell Precious to come and see her children as a real mother and stop deceiving the public, nobody is keeping her children away from her.

Even animals will enter any pit if their child is there, but you have comfortably kept away for a year. Making excuses that you can’t stand your bad memories of the house and that’s why you can’t visit your babies.”

She accused Precious of lacking empathy for not being able to prioritize her children above her emotional need.

She noted that contrary to claims of abuse, Precious Chikwendu had never been physically abused while she was with FFK. She went ahead to state that it was due to her trauma and the fact that she was caught naked in an hotel room that has made her a victim and psychologically she’s being hunted by her actions.

Mrs Regina also went ahead to explain how Precious once tried to stab her own children and FFK and how she indeed stabbed one of her relative. She maintained that accusing a sitting Senator of the Federal Republic is a testament of her emotional instability. Hence, it was not proper to leave the children with her.

©Standard Gazette, 2021. Unauthorized use and/or duplication of this material without express and written permission from this site’s publisher is strictly prohibited. Excerpts and links may be used, provided that full and clear credit is given to Standard Gazette with appropriate and specific direction to the original content.
0 10
Share FacebookTwitterGoogle+ReddItWhatsAppPinterestEmailFacebook MessengerLinkedin

Who Is Captain Hosa Okunbo?