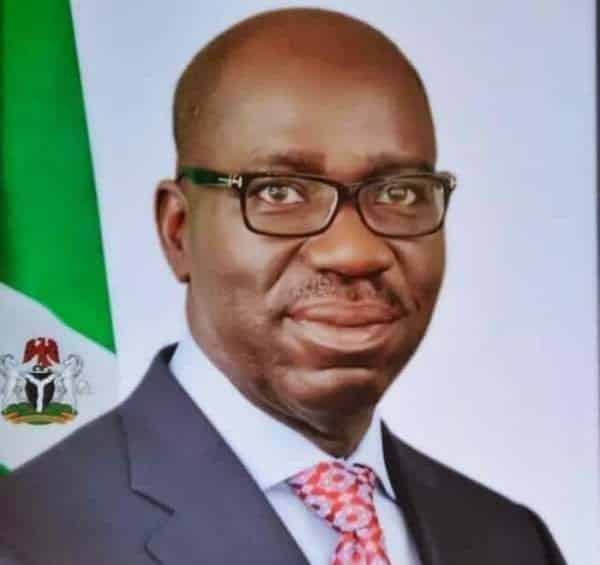 Recently elected governor of Edo State, Godwin Obaseki of the Peoples Democratic Party, PDP has been issued with the certificate of return by the Independent National Electoral Commission, INEC.

Mrs May Agbmuche-Mbu, the National Commissioner, INEC in charge of Edo, Rivers, and Bayelsa, made the presentation on Tuesday at the INEC office in Aduwawa, Benin City, Edo state.

Recall that the Independent National Electoral Commission, INEC  on Sunday declared Governor Obaseki reelected after a heated campaign with Pastor Osagie Ize-Iyamu’s of the All Progressives Congress, APC.

The Returning Officer for the  Edo governorship election, Professor Akpofure Rem-Ruk announced that Governor Obaseki secured 307,955 to defeat Ize-Iyamu of the APC who polled 223, 619 votes.

Obaseki: I Will Drive Oshiomhole Out Of Edo If…