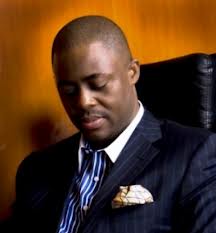 Nigeria’s former minister of aviation under the President Obasanjo democratic government, Chief Femi Fani-Kayode has expressed his regrets for mentioning the names of some Nigerians – of Igbo lineage – in his article that sought to present himself as not being a “tribalist.” The part of the article where he mentioned his “intimacy” with the women did not go unnoticed to the general public. This statement sent by Chief Femi Fani-Kayode seeks to express the former minister’s regret.

Chief Femi Fani-Kayode hereby expresses his deepest regrets for mentioning the names of three distinguished Nigerian ladies that he was once associated with in his last article titled ”A Word For Those Who Say I am A Tribalist”. He meant no harm by doing so and neither did he at any point make references to having had any intimate relations with any of these ladies when they were associated with him as is being suggested by some members of the public. He was simply trying to emphasize the fact that he has nothing against the igbo people and that his friendship with these three ladies in particular over the years provided some evidence of that.

For the record he has not seen Madame Chioma Anasoh, Chief Adaobi Kate Uchegbu and Ambassador Bianca Onoh in many years and he admits that it was inappropiate for him to have mentioned their names in the essay, to use them as a point of reference in a public discussion or to make any references whatsoever to the nature of their past association. All references to them have been erased from the updated version of the essay.
Chief Fani-Kayode has reached two of the ladies concerned and he has personally conveyed his unreserved apology to them both and to their families for his indiscretion. He shall endeavour to reach the third lady to do the same in the next few days. Chief Fani-Kayode has nothing more to say on this matter and would prefer to remain focused on issues of national importance and not of a personal nature –