Fuel-Price Hike: You Sold Petrol For N600 Per Litre Under Your Govt, Presidency Slams PDP 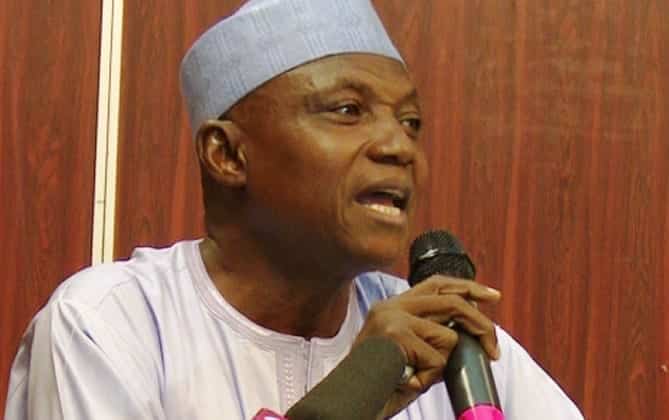 The presidency has slammed the main opposition party, the Peoples Democratic Party PDP over its criticisms against the recent fuel price hike across the country.

The Senior Special Assistant to the president on Media and Publicity, Mallam Garba Shehu noted that the PDP should keep quiet, adding that the party did worse during their Administration.

esumed removal of oil subsidy."
But Garba Shehu in a statement via his verified tweeter handle said that they sold petrol at N600 per litre on Easter Sunday in 2013 under President Goodluck Jonathan.

“Our party asserts that by increasing the price of fuel from the N87 per litre it sold under the PDP to an excruciating N151 while at the same time allowing the hike in electricity tariff from N30.23 per kwh to over N66, the APC has left no one in doubt that its agenda is to inflict pain and hardship on Nigerians to satisfy their selfish interests.”

He continued: “Don’t allow the PDP to deceive you. Amidst acute shortages, they sold petrol at N600 per litre on Easter Sunday in 2013."

©Standard Gazette, 2021. Unauthorized use and/or duplication of this material without express and written permission from this site’s publisher is strictly prohibited. Excerpts and links may be used, provided that full and clear credit is given to Standard Gazette with appropriate and specific direction to the original content.
Share on Social Media
twitterfacebookwhatsapplinkedintelegram
Follow us on Social Media
twitterfacebookinstagramyoutubelinkedinwhatsappgoogle playtelegram
Fuel pricegarba ShehuPetro
Lucky Best Ogbes 0 comments

Ondo 2020: Why Akeredolu Must Step Aside For Me - Eyitayo Jegede

Johnson Faces Showdown Within, Outside Party Over Plans To Override Brexit Deal

Why Osinbajo's name was not on APC campaign council - PDP

Why Ekweremadu's seat must be declared vacant - lawyer