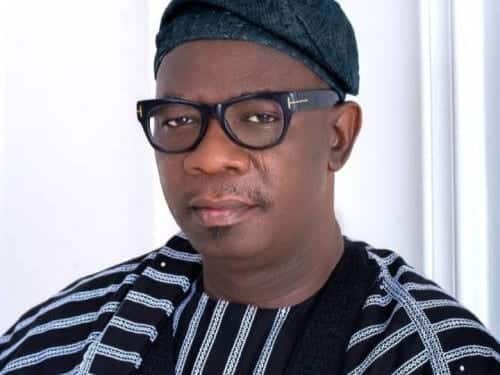 The Deputy Governor of Ondo state, Hon. Agboola Ajayi has dismissed speculations making the rounds that he had resigned his office.

The Deputy Governor, in what appeared to be a defiant message to his boss, Governor Rotimi Akeredolu, vowed not to resign, saying that he was validly elected by the people of Ondo State and they have not asked him to quit the government.
Governor Rotimi Akeredolu had last week called on Ajayi to quit office, if the Deputy Governor still had any iota of honour in him.

Recall that Ajayi fell out with Akeredolu  early in the year, and left the All Progressives Congress, APC in June to pitch tent with the Peoples Democratic Party, PDP.

But upon losing the Governorship ticket to Barrister Eyitayo Jegede, Ajayi left the party and teamed up with tgr Zenith Labour Party, ZLP and former governor, Olusegun Mimiko ahead of the Ondo 2020 governorship election.  Only for Ajayi to finish a distant third  behind, Governor Akeredolu and Barrister Jegede, failing to win his local government area in the October 10th gubernatorial poll.

Buhari Says Attackers Would Soon Get The ‘Shock Of…

But amid calls for him to resign, Hon. Ajayi said he won’t resign, adding that he would see out his tenure with Governor Akeredolu no matter the blackmail and pressure to quit.

He made this known via a statement on Tuesday by his Media Adviser, Allen Sowore in Akure, debunking the rumour that he was planning to resign this week after his woeful loss in the election.

According to him, Governor Akeredolu is behind his speculated resignation in the media.

“The news of his impending resignation is being sponsored by  governor  Rotimi Akeredolu through the propaganda machinery and machinations of Ondo State Ministry of Information as a subterfuge in preparation for a macabre plan to put the deputy governor’s forged signature on a prepared resignation letter.
He advised the general public to disregard his rumoured resignation.
“The general public should be wary of these latest antics and desperation of the Governor to remove his Deputy by all means and at any cost illegally.
“The people of Ondo State, who voted for Agboola Ajayi as Deputy Governor in 2016 have not asked him to resign or quit the government, ” he said.

How I Started Using Glasses Because Of SARS Brutality – Omo-Agege

Buhari Says Attackers Would Soon Get The ‘Shock Of Their Lives’

Buhari Says Attackers Would Soon Get The ‘Shock Of…