FCMB's MD Not Father Of My Children, Moyo Thomas Finally Opens Up 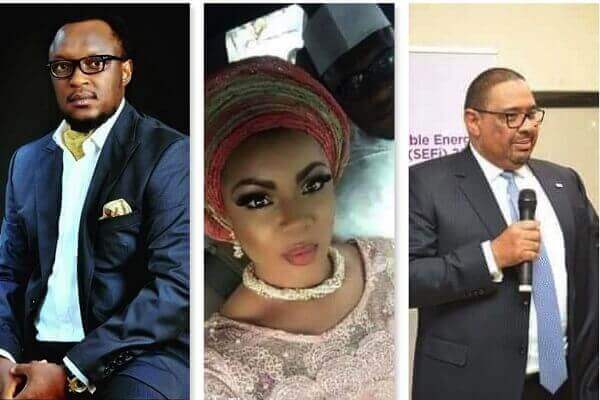 Jonathan Dares Lamido To Prove His Involvement In Malabu…

The woman in the eye of the storm, Moyo Thomas has finally broken her silence on the paternity scandal linking her with the Managing Director of First City Monument BANK FCMB), Adam Nuhu.

Moyo Thomas, her late husband Tunde Thomas and Adam Nuhu, who is now on a voluntary leave of absence as MD of FCMB were engulfed in a paternity scandal that has kept social media awash.

It was alleged that Moyo had reportedly told her estranged husband, Tunde Thomas that he was not the biological father of their two children, adding that they belong to Adam Nuhu.

It was gathered that the revelation by Moyo shocked Tunde, which led him to suffer a stroke and his eventual death weeks ago.

But while breaking her silence in a statement, Moyo Thomas denied ever informing her late husband that Adam Nuhu fathered her two kids, adding that she kept quiet to protect the memory of her late husband.

She said, "I write in reference to all the allegations and accusations that have recently been making the rounds on the internet and various social media platforms.

"I have refrained from responding to this matter for various reasons, one of which is to preserve the memories of Tunde who departed to be with his maker on December 16, 2020. Memories, not only to me, but to his children, who are still young, and to everybody who had a relationship with him,” she said.

She stated that just like any other marriage, she and her late husband had several differences until his death.

“Just like any marriage, Tunde and I had a lot of differences in our marriage, some of which even led to police intervention. But I remain committed to keeping only positive memories of him. No one can ever understand what transpired between us or what each of us experienced in the marriage; as they say, it is he who wears the shoes that knows where it pinches. In all of it, I never for once wished him bad. His untimely and sudden death is still a shock to me as it is to many others.

“On no occasion did I ever tell him he was not the father of our two children. It is, therefore, deliberate falsehood and certainly malicious to allege and insinuate that I informed him that the children are not his. The children still bear his name.  Only God knows why he died in an untimely period. It is not in my place, or anyone’s place to play God and talk with certainty as to the cause of his death, without proven medical facts.

“Despite our separation, we never allowed our differences to affect the relationships we respectively have with the children. He still had conversations with the children like any father will, up until his sudden and unfortunate death. It is quite sad and disheartening to see the pictures of these innocent children splashed all over the internet with very disparaging and weird comments.

Moyo's statement is coming at a time FCMB had swiftly moved to appoint Mrs Yemisi Edun as acting Managing Director of the Bank following to voluntary leave of absence by Mr Nuhu.

Before then the bank announced that its board of Directors had constituted a Pavel of inquiry to investigate if its erstwhile MD and Moyo, a former HR executive of the bank violated any of its code of ethics.

©Standard Gazette, 2021. Unauthorized use and/or duplication of this material without express and written permission from this site’s publisher is strictly prohibited. Excerpts and links may be used, provided that full and clear credit is given to Standard Gazette with appropriate and specific direction to the original content.
Facebook0
Twitter0
Whatsapp0
Google+
Pinterest0
Linkedin0
DiggDigg0
Tumblr0
Stumbleupon
VKontakte0
Reddit0
Delicious0
Weibo0
Xing0
Print0
E-mail0
Total
0
FCMBMoyo Thomas
Lucky Best Ogbes 0 comments

Notorious Kidnapper Nabbed While Abducting A Local Businessman In Auchi

Another $44 million vanish from NIA vaults