Scientists Develop Male Contraceptive: Will Men Use It? 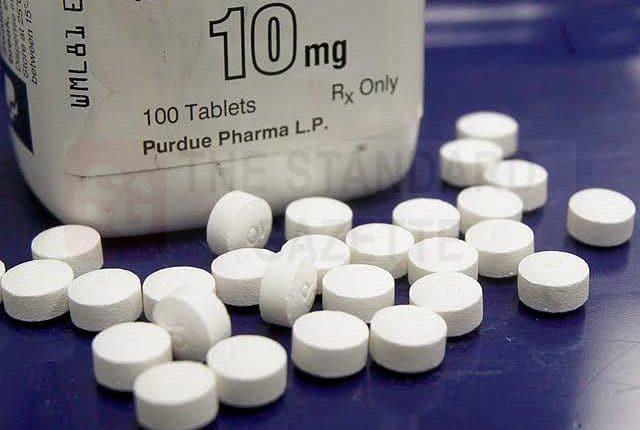 Scientists in the United States (US) claim to have created a male contraceptive pill that is non-hormonal.

On Wednesday, researchers from the University of Minnesota presented the findings of their study at the American Chemical Society's spring meeting (ACS).

Condoms and vasectomy are the two most effective birth control alternatives for males right now.

According to a statement released on the pill, Gunda Georg, head of the university's medicinal chemistry department, testing of the tablet — YCT529 — which was shown to be "99 percent effective in mice" would commence in the third or fourth quarter of 2022.

“Because it can be difficult to predict if a compound that looks good in animal studies will also pan out in human trials, we’re currently exploring other compounds as well,” Georg said.

Another problem that could likely take on cultures is if men in many countries would be willing to take it. Women are regarded to be the gender assigned to issues of reproductive health. The question is, who is going to be taken pills on behalf of the other?

The ACS also noted that the pill, which limits chances of impregnating females, loses effect when no longer taken.“To develop their non-hormonal male contraceptive, the researchers targeted a protein called the retinoic acid receptor alpha (RAR-α). This protein is one of a family of three nuclear receptors that bind retinoic acid, a form of vitamin A that plays important roles in cell growth, differentiation (including sperm formation) and embryonic development,” the statement reads.

Knocking out the RAR-α gene in male mice makes them sterile, without any obvious side effects. Other scientists have developed an oral compound that inhibits all three members of the RAR family (RAR-α, -β and -γ) and causes reversible sterility in male mice, but Georg’s team and their reproductive biology collaborators wanted to find a drug that was specific for RAR-α and therefore less likely to cause side effects.

“So the researchers closely examined crystal structures of RAR-α, -β and -γ bound to retinoic acid, identifying structural differences in the ways the three receptors bind to their common ligand.

“With this information, they designed and synthesized approximately 100 compounds and evaluated their ability to selectively inhibit RAR-α in cells. They identified a compound, which was named YCT529, that inhibited RAR-α almost 500 times more potently than it did RAR-β and -γ.

“When given orally to male mice for 4 weeks, YCT529 dramatically reduced sperm counts and was 99% effective in preventing pregnancy, without any observable side effects. The mice could father pups again 4-6 weeks after they stopped receiving the compound.”

©Standard Gazette, 2021. Unauthorized use and/or duplication of this material without express and written permission from this site’s publisher is strictly prohibited. Excerpts and links may be used, provided that full and clear credit is given to Standard Gazette with appropriate and specific direction to the original content.
ContraceptiveScientists
0 19
Share

52 Phones That Will No longer work on WhatsApp: Check The List Here

Universal Phone Chargers Will Be Enforced By EU, Apple Phones to be Affected

European Union to Unveil Plans For Digital Wallet For Citizens